Experience with a Russian escort 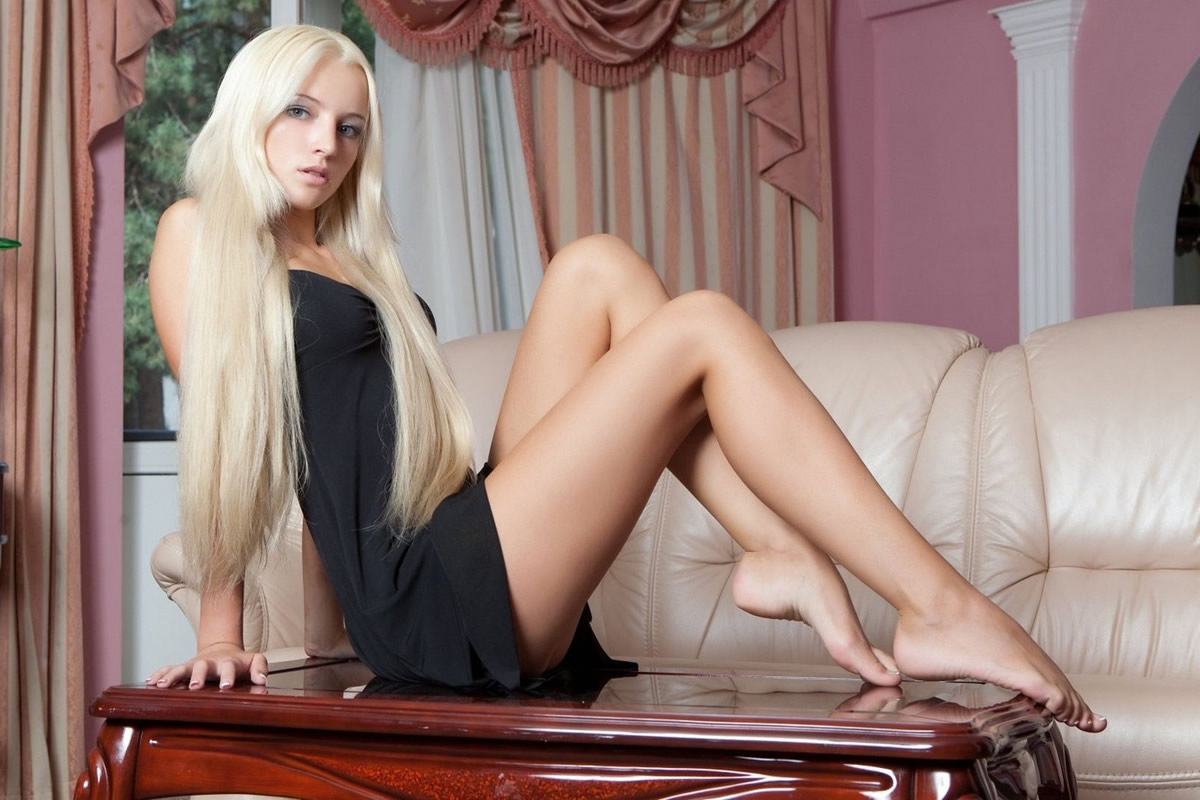 When will they find the vaccine for this fucking virus? I'm sick of confinement, masks, and social distancing. And I am fed up, above all, of the cancellation of so much fair. Fairs give me life. For a Marketing Director like me, trade shows are the perfect excuse to escape the yoke of my marriage. It's not that I don't love Carmen anymore, no. But it is that passion and sexual feeling between us ended years ago. Maybe when the first of our children was born. And I am a man who needs a helping of sex on a regular basis in order to function. And sex and goodness (plus lots of business opportunities) is what I've always found at trade shows.

Rodriguez, the one who was team leader when I was just a salesman, taught me. I was then working for a construction company and that was my first Construmat . I remember spending all day shaking hands, giving explanations, smiling out of obligation. When we finished the day, he was literally beaten.

Well, now you can't go to sleep, ”Rodríguez told me as we returned to the hotel. Now the good begins. Take a shower and see you in half an hour at the hotel bar.

I did it like that. When I entered the bar, Rodríguez was already there. We ate four tapas at the bar, drank a bottle of wine between the two of us, and ordered a taxi. When he arrived, Rodríguez knew exactly where we should go. The taxi hit the airport road, left it behind, and after traveling a few miles, stopped in front of a building lit by gaudy neon lights.

I had never been to a whorehouse . In truth, I had never even considered fucking someone other than Carmen. I told Rodriguez. His laugh had a lot of aftertaste.

If you don't want to fuck, don't fuck. We have a drink, we look at the girls, we forget about work for a while, and then we go to sleep.

And, yes, after we went to sleep. Or rather: long after we went to sleep. And the thing is that what was going to be one drink turned into several and my refusal to fuck someone other than my wife was losing consistency as my sight swept the panorama of that cocktail bar. Brunettes, blondes, busty, thin, Romanian, Russian, mulatto, the odd Spanish ... It is difficult not to find a cunt there who will make you hard and it is even more difficult to resist the temptation to fuck one of them by the waist and up the stairs that led to the upper floor, where there was a long corridor with endless rooms on either side.

My first whore said her name was Ilena and she was Romanian. Surely it was. I didn't try too hard to check it out either. For what? Once I had taken the step, what I wanted was to get her hot. What Ilena was, and my cock can attest to it, was a true blowjob master. I don't think I've ever been sucked off with such devotion, with so much desire and with as much art as that little whore sucked on me that day. Believe me, as he shoved her into her pussy, she missed the soft, lascivious, wet, hot touch of her tongue and lips. She sensed it and, when I was about to come, she let my cock come out of her pussy and, taking it to her mouth, she gave it one last lick before the tip of my turnip began to come out, as if from a spout. it was, spurts of semen. 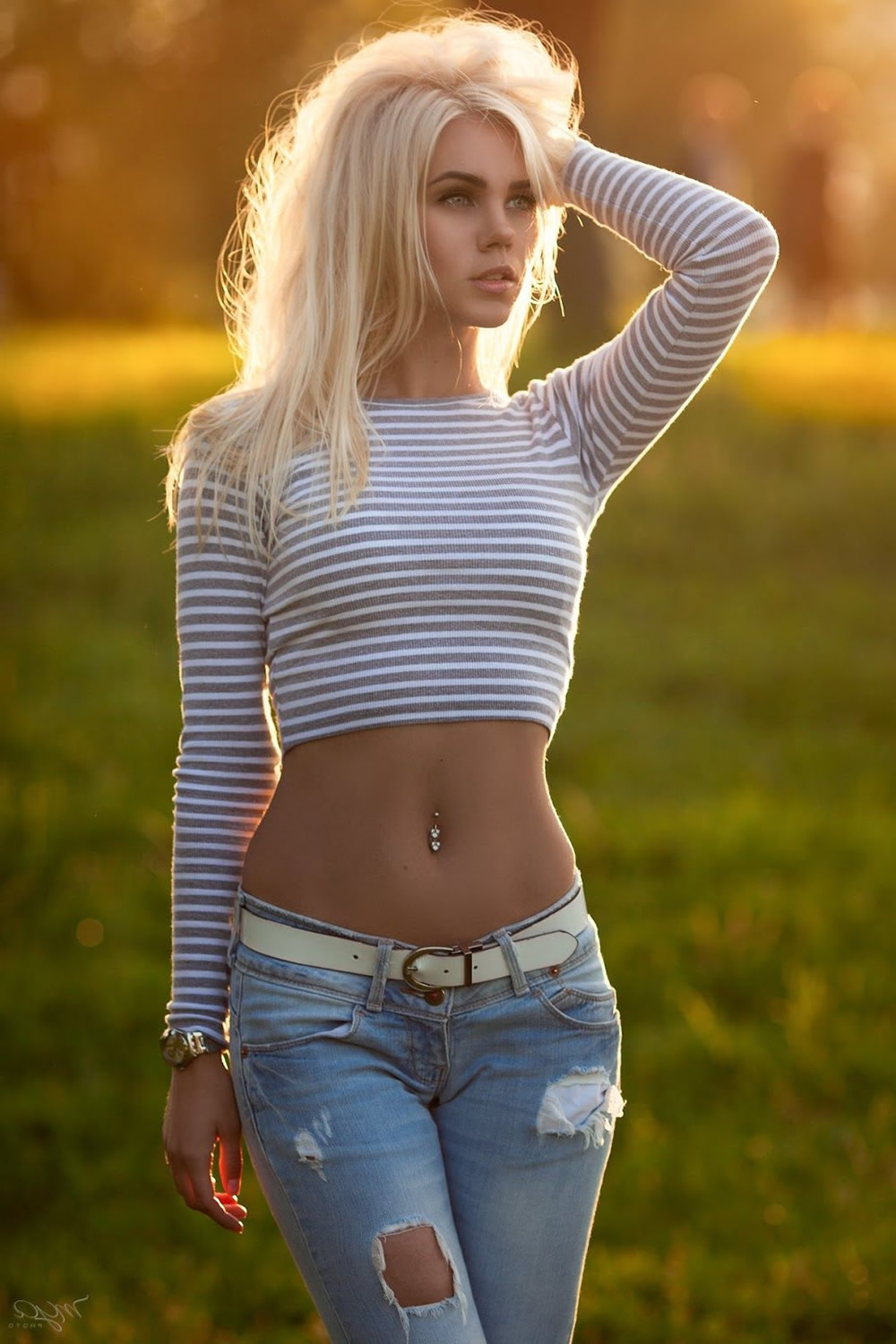 Since Ilena, there have been many whores I have slept with. I am devoted to prostitutes and to that uncompromising sex that is practiced with them. They have become, more or less routinely, part of my life, and I never miss an appointment with one of them at the trade shows I attend. A fair without whores at the end of the day is not a fair. That's why I miss them so much now.

In recent times, in addition, my professional success has allowed me to refine myself in the matter of hiring sex workers . Now I move like a fish in water in the escort territory . You will say that, after all, a luxury escort is still a whore. Surely you will be right, but I am also right if I tell you that a girl of this type is more than just a prostitute. When the time comes he will suck you off, yes. And she will get on all fours for you to fuck her well fucked from behind, yes. And even, like that Romanian woman from that road whorehouse, she will offer you her face and her mouth so you can cum on them.

But an escort gives you much more than that. And for sample ... Olga. Who is Olga? The luxury prostitute I hired at the last fair I attended. Russian, tall, blonde, with the coldest blue eyes you can imagine and the hottest pussy you can put in your mouth. A real delicacy. Cara, yes. But ... what the hell! He had come to the fair to close a contract of many zeroes with an Italian client and that deserved a celebration that was worthy of the circumstances.

There was a dinner between the executives of the two companies to celebrate the agreement and, logically, this dinner could not be attended as solateras. I went to the internet (now I don't take the car to go to any whorehouse) and took a look at one of the most prestigious escort directories in the city. That directory had never failed me and this time it didn't. It was there that I found Olga.

I have always liked Russian women . The pretty ones, of course; How ugly there are also everywhere. Of the Russian whores I like that cold appearance that hides deep down a fiery woman. Olga seemed to fit that stereotype perfectly. He said he had been in Spain for a long time, had studies and mastered the language. That, finally, was what made me choose her. That she was hot as hell was a prerequisite for calling her, but he also needed her to be more than just a vase woman. At dinner, at least, it should give a minimum of play.

And he gave it. Boy, did it. Talkative, polite, smiling, always attentive to my words ... the perfect company, let's go. The Italians looked at me with envy. My company colleagues not so much. They were accustomed. You know how I spend it when it comes to hiring a whore for a company dinner. I always look for the best of the best. The time for road bar whores is over. Or I hope it happened. After all, with this crisis you never know how we can end, and the fucking COVID is expected to be tough. 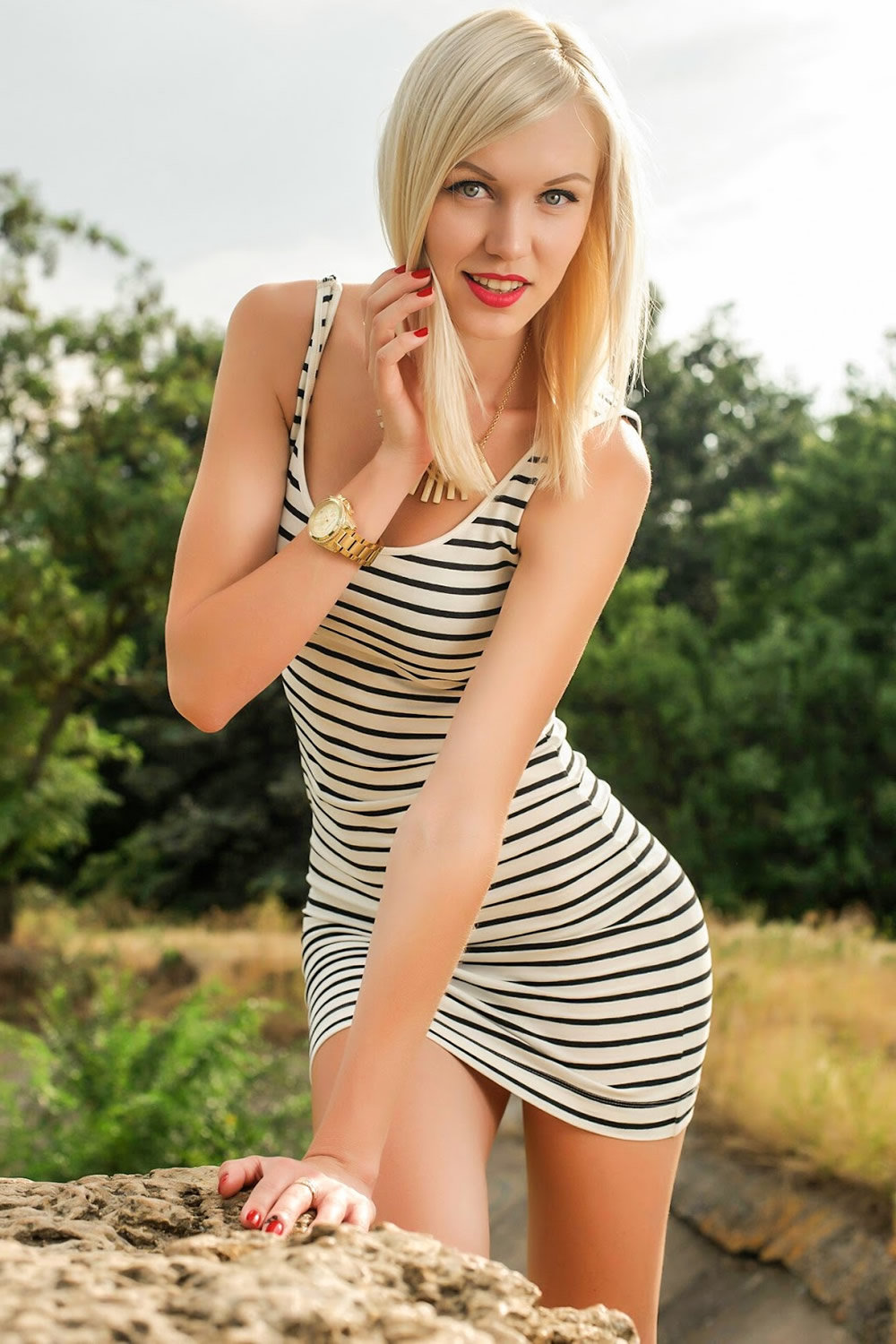 When we finished dinner, there were neither two nor three Italians who had asked Olga for her number to contact her when I was done with my services. She said yes, of course, but that would not be until the next day, when Olga had already left my hotel and was once again free to be hired by whoever had the pleasure of paying her exclusive rate.

Arrived at the hotel, what can I tell you? Olga let out all the lust that was hidden within her body of a goddess of the East. He undressed me slowly and undressed little by little for me, offering me a show full of sensuality and eroticism.

Seeing her naked body appear inch by inch made me very hot. My cock, very hard, should behave as in its best days if I wanted to be up to that date. I had hired Olga for the whole night and I couldn't get off at the first turn. She, wise and experienced, read that fear in my eyes and, like a good professional, decided to go little by little.

Feeling her tongue lick the shaft of my cock was a delight. Feel the contact of her breasts in my hands, an experience for gourmets. Sink my mouth between the lips of her pussy, savor the best of delicacies. When, at last, he rode me very slowly, I felt that I had come to live an almost mystical experience. I cumed. She then let me rest. But he did it just long enough for me to reload my pistol. When I succeeded, when my tail was again ready for another assault, I whispered in her ear what, at that moment, I would most like to do with her. Olga smiled and obediently got down on all fours. Her ass was waiting for my visit and I, after licking it and lubricating it well, did not miss the appointment.

I was tempted to hire her for one more day, but I thought about my Italian clients and pondered the advisability of annoying them by removing that chocolate from their mouths. I decided not to. After all, 'la pela es la pela', and you don't play with eating things. "Other fairs will come," I told myself. And I will be able, again, to hire a luxury escort like Olga. What I didn't know then was that this fucking bug was going to arrive that has us all half locked in our houses. I hope they will soon find a way to contain it or to avoid its contagion. And I really want a fair. Professional that is one. 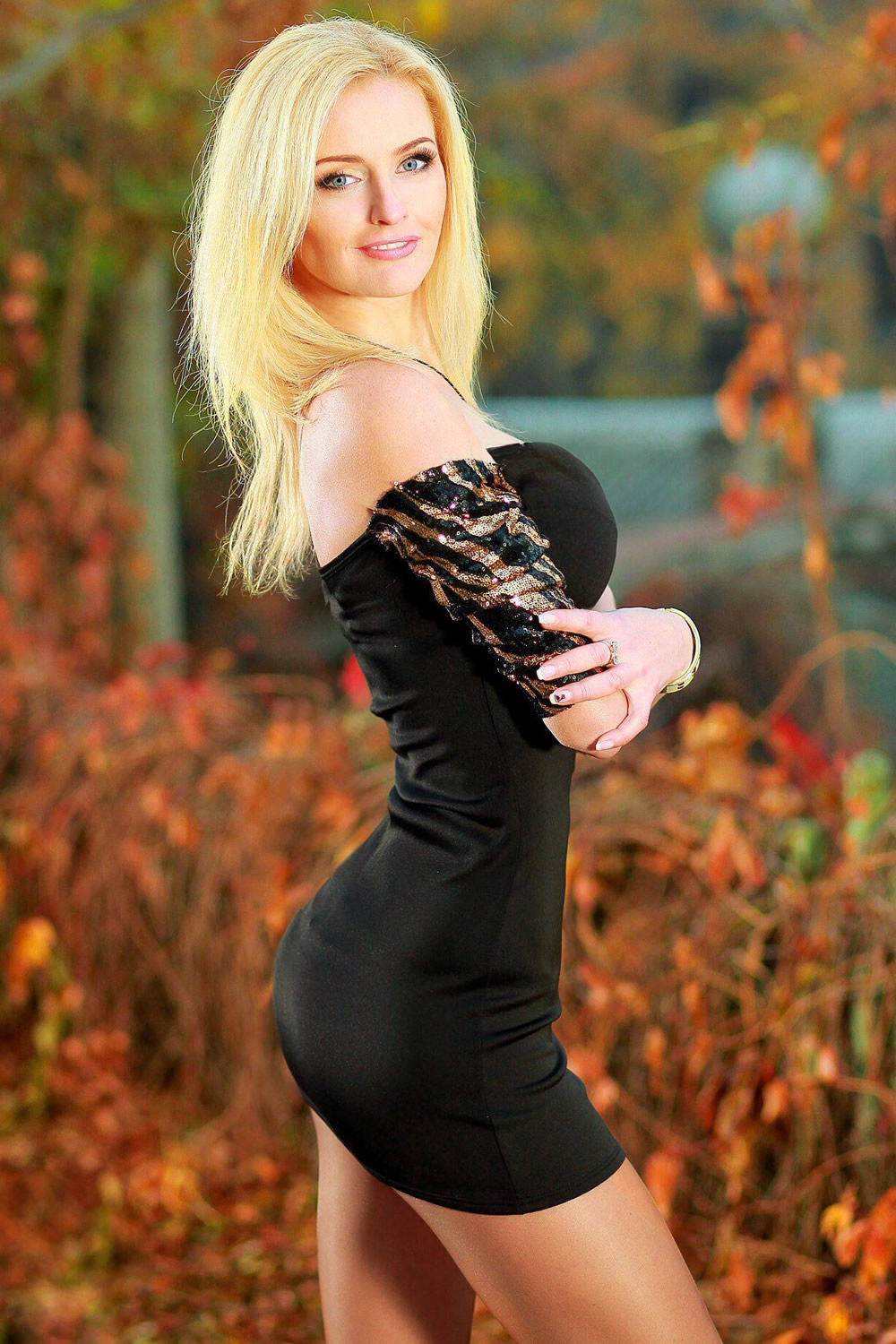