When a client falls in love with an escort ... 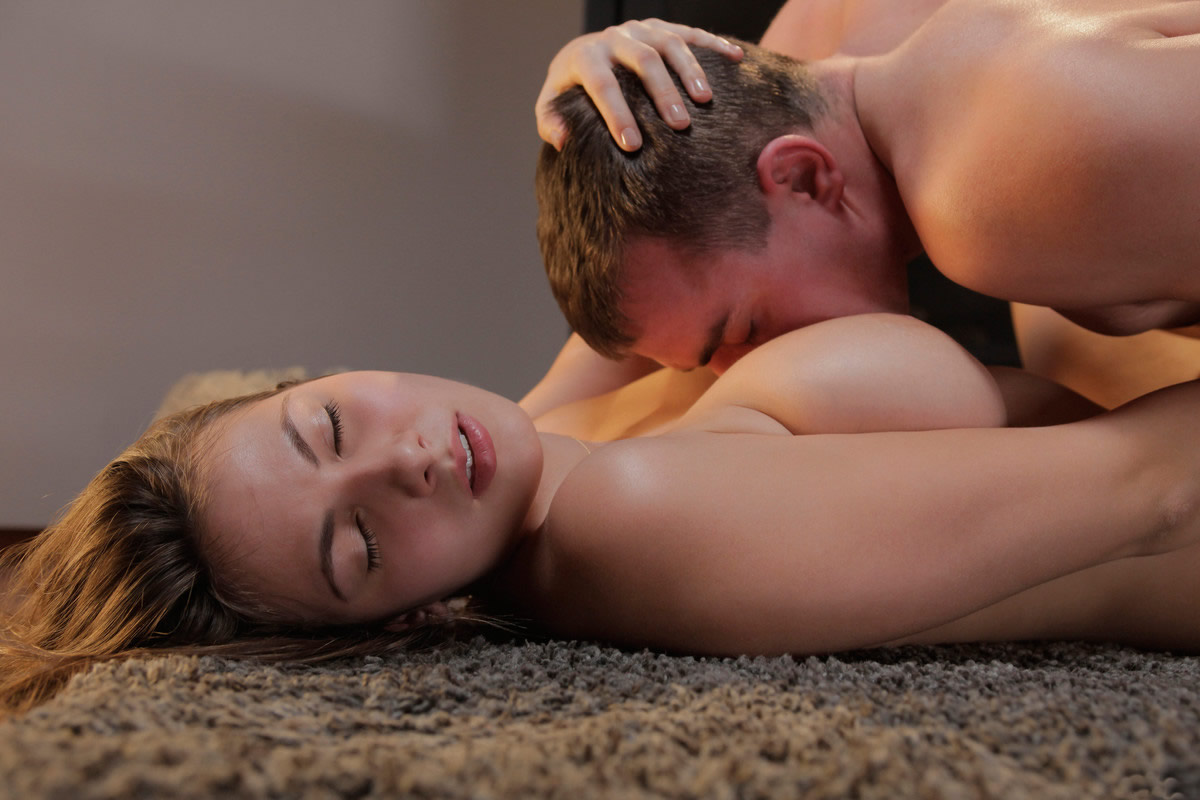 Sooner or later you end up finding someone. It is enough that you have been in the trade for a few years so that one day some of you will get mad at you and present you with the story that he has fallen in love with you and wants to make you a whore.

I had been warned when I got into this.

Be careful, Laurita, said Mrs. Angela, who was the one who ran the escort agency where I started working when I arrived in Barcelona. Men are like that. At first a lot of little word and a lot of promise but then nah nah. The best does not even let you breathe, always aware of what you do because, of course, he cannot forget where he met you nor can he forget what you were. And the baddest ... Better not to talk about that. At the minimum he gets you to work for him. Nice way to get you out of a bitch!

I have always had in mind the words of Mrs. Angela. Well, almost always. I forgot them once and damn the time I did it. Ricardo was dark-skinned, tall, not too big but wiry, with thick, curly black hair and eyes that, although shy in appearance, were pure fire.

The first time we fucked I was very flattered. From my professional experience, I can assure you that there were already many men who had passed through my bed, but none had shown to want me as much as that client who, according to what he later told me, had selected me among all the other girls on the page where he then He announced to me because he seemed a lot, but a lot, a lot, to what had been his adolescent love.

From that girl, Ricardo did not even get a bad fling, a magreo, one of those silly kisses that occur in adolescence ... He only managed, as he told me, to have a reason to get drunk from time to time with the inexperience of age and to jerk off.

When she saw me advertised on GirlsBCN, she knew she had to date me. That could be a good way to get rid of that thorn. I was going to make his past dreams come true to some extent.

We stayed in an apartment for hours in the center of the city where I used to meet with my clients. At that time I was only going out and had not yet made up my mind to turn my apartment into a cozy and sensual apartment in which to meet them. I did not know what to earn a living fucking in the same bed in which I later had to sleep. The fact is that with Ricardo I stayed in those central and very neat apartments for hours.

When he arrived I saw that he was not going to be another customer. There is a sixth sense that alerts you to that. Mine, therefore, only half worked. I sensed that with that client, as soon as I worked it out, I was going to repeat, but I did not guess all the problems that were going to derive from those repetitions. 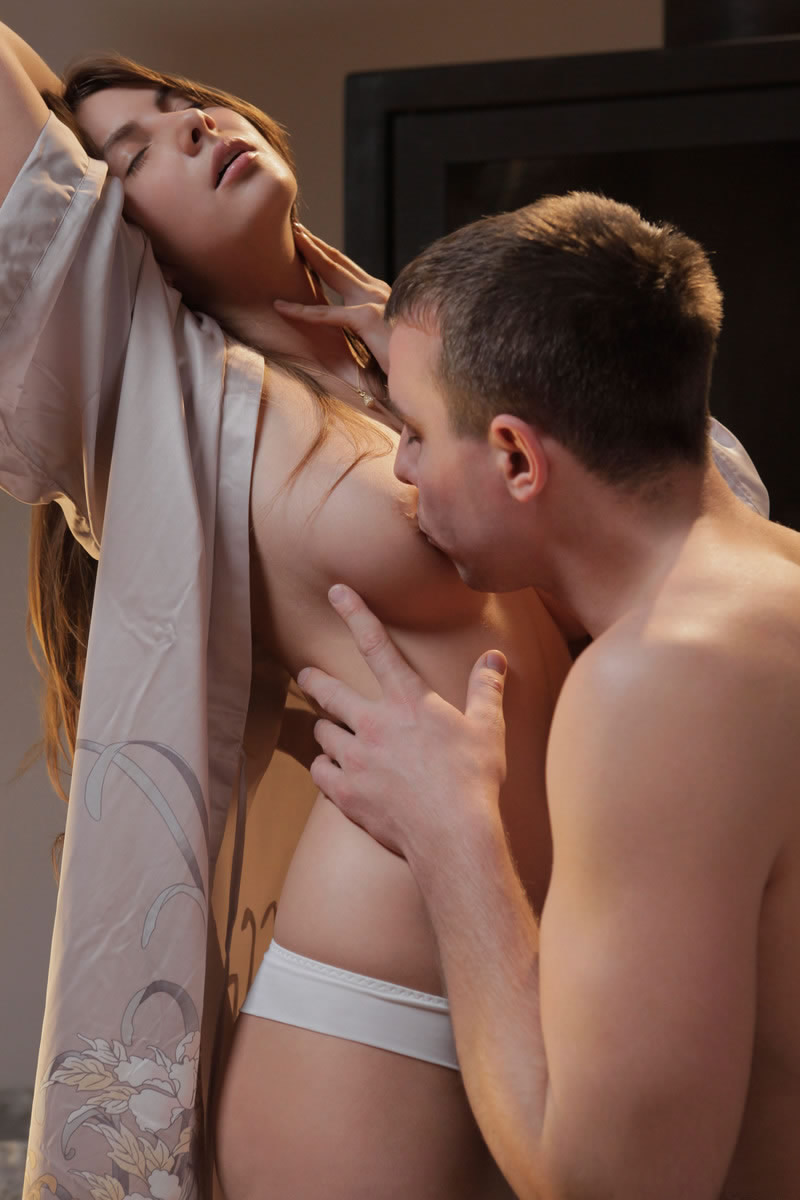 Ricardo was revealed as an attentive, polite customer and, also, as a more than remarkable fucker. Not that his cock was one of those catalog cocks, no. It wasn't too big. It was also not thick. It was in the right measure. It was not one of those cocks that, when you see them, put you on alert, but neither was it one of those pricks that, certainly, and although sometimes we tell men that size does not matter, they almost make you laugh. It was an intermediate cock, but Ricardo, you have to admit that, he knew how to use it well. He had stamina, the bastard. That, and that, as I said before, it was pretty hot, made me cum on that first date.

The fact is that, on that first date, Ricardo and I were on a table or, what is the same: we fucked each other well. In that battle of naked bodies there was neither winner nor was there a winner. I liked Ricardo's passionate way of looking at me, the way his hands roamed my body, the slow and calm thrusts when he fucked me and the fact that he gave up using Greek, even though it was among my services.

I include Greek in my sexual services for strictly professional needs. I know that you get more clients if you let yourself go into the fuss than if you keep that door closed. That's why I do it, although if I have to be honest, I have to admit that I don't like doing it. I have rarely gotten pleasure out there. That is why I positively appreciated that Ricardo ignored it in our appointment. On the contrary, he did like that he rode it well. He wanted to see my face while we were fucking, he told me. That also made me feel flattered. She still didn't know that, when she fucked me, she liked to look at my face so that she could more easily believe that she was fucking her old friend from high school. 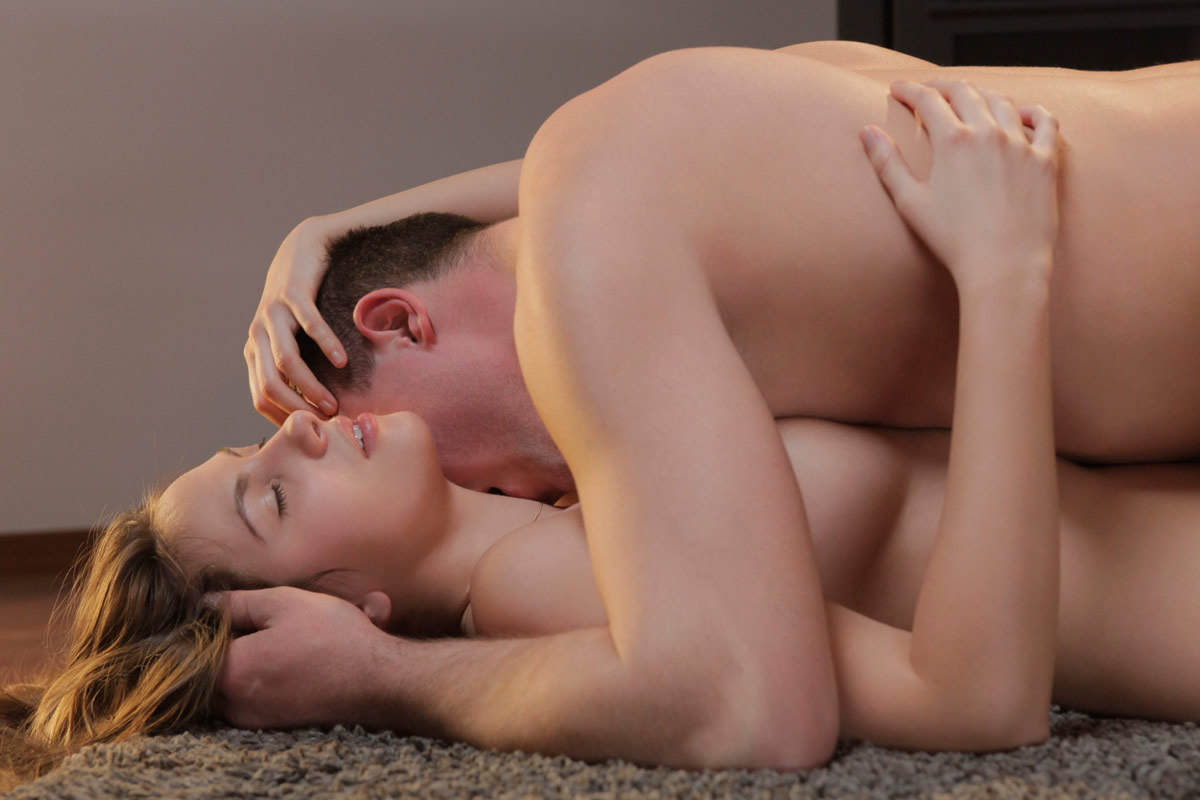 That was the first of many dates. At first, Ricardo called me every fortnight. Later, the rhythm of his calls began to become weekly. I found myself waiting for his call. My alarms should have gone off there. But they did not. Ricardo, after all, was what is called an exemplary customer. He was clean and polite, he came, paid and, to make matters worse, he made me enjoy like a bitch. We got along well in bed. Even anal sex, which eventually came, was pleasurable with him. It lubricated me well and I put it in very carefully. Once assfucked, her movements were very smooth, almost like a caress.

I should have put land in the middle at that time. But I did not. The "we could try" was not long in coming. And with that "we could try", phrases like:

I earn enough to live both of them and if not, calmly, without haste, you look for another job that has nothing to do with this.

When I leave you and I think that later you are going to give to someone else what you have given me, I die of jealousy.

If fate has brought us together, it is for something.

And I fell into the trap. I called the page and asked that they deactivate my ad. "I'm retiring," I told them. They congratulated me and wished me good luck. They informed me that they kept the ad for me in case I regretted it and wanted to advertise again. It should have sounded like warning to me. He should have felt the voice of experience behind that offering. I did not do it. I was excited, in love, hatched ... call it what you want.

I went to live in his apartment. We fucked like lions and had a good time, but it didn't take long for me to realize that I was wrong. To begin with, I was no longer making my money. I couldn't go out, like before, with my credit card, to make the dataphones in the downtown fashion stores fume. Because I couldn't, I couldn't even put on what clothes I used to wear before. "You are too low-cut." "That skirt is too short." "You don't need to paint yourself so much either, now you don't have to conquer anyone." She was no longer a free woman. I felt Ricardo's adoration but that adoration became a prison for me. 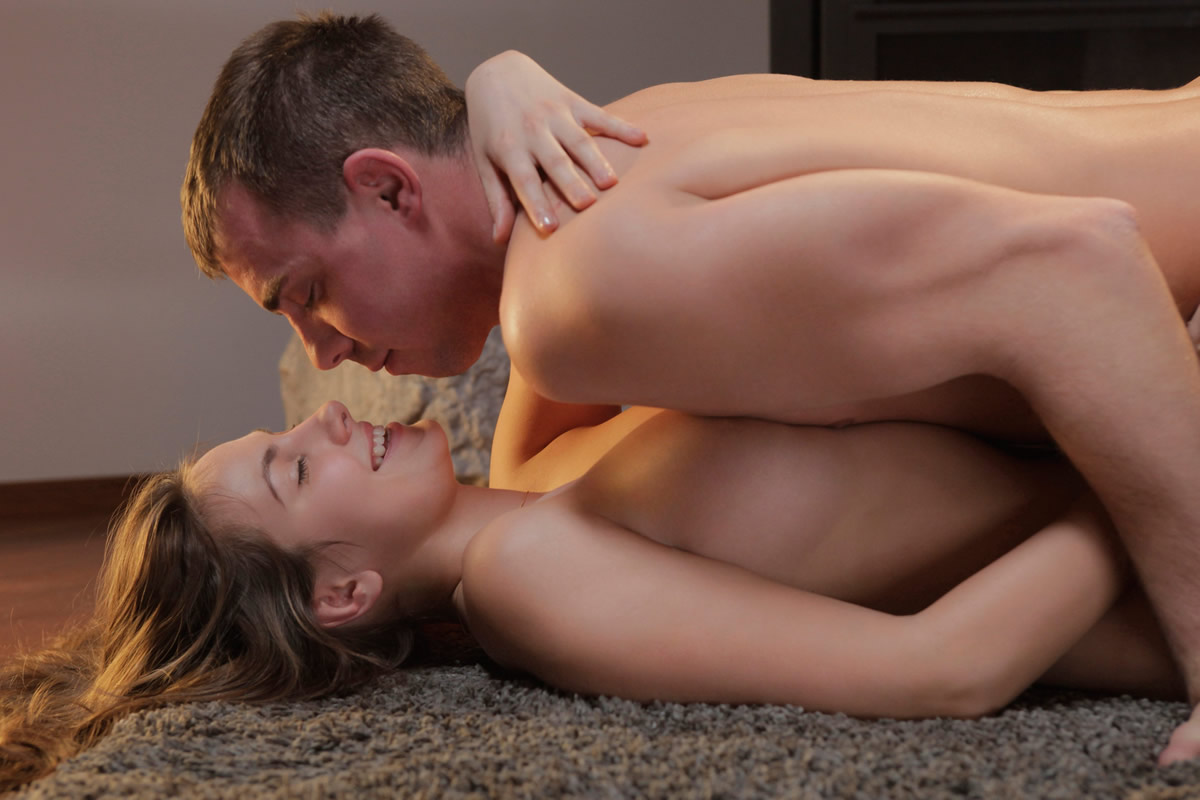 After a month and a half I was completely out of his control, out of his jealousy, that he always showed himself to me as a kind of savior who had brought me out of my bad life. If he had been a little less polite, he would have blamed me, outright, that he had taken me "out of the creek." He did not do it with words, but he did it with each of his gestures. It seemed he owed him his life.

That's why I cut my losses. I remembered Mrs. Angela's words and made the decision to end our insane relationship. And I got back to the job, of course. I like being an escort. I like to earn my money as a sexual companion. And I explained it as best I could.

Being a whore, "I said," does not always have to be a punishment. I like being an escort . I like to earn a living like this and not depend on any uncle's salary. I also don't like spending eight hours as a cashier at a supermarket to take home a shitty salary. With five powders I earn what a poor cashier earns, do you understand? And neither you nor anyone who makes eyes at me is going to get me out of that.

I was lucky. Ricardo was not an obsessive uncle. He was no more stupid than we all are. He resigned himself. He asked if he could continue to come to me as a customer. I said better than not. "Don't you think it would be strange to keep fucking each other, but again with money in between?" I asked. He acknowledged that yes, that would be a bit strange. We had one last goodbye fuck (how desperately he fucked me and I fucked him!), I shed a few tears and said goodbye. I have not seen him again. Other colleagues are not so lucky. For that reason, to those who come new, I always tell them what Mrs. Angela said to me:

Don't be fooled, girl. We are whores and we like to be, that they don't try to change you ... Unless, of course, love makes you change. 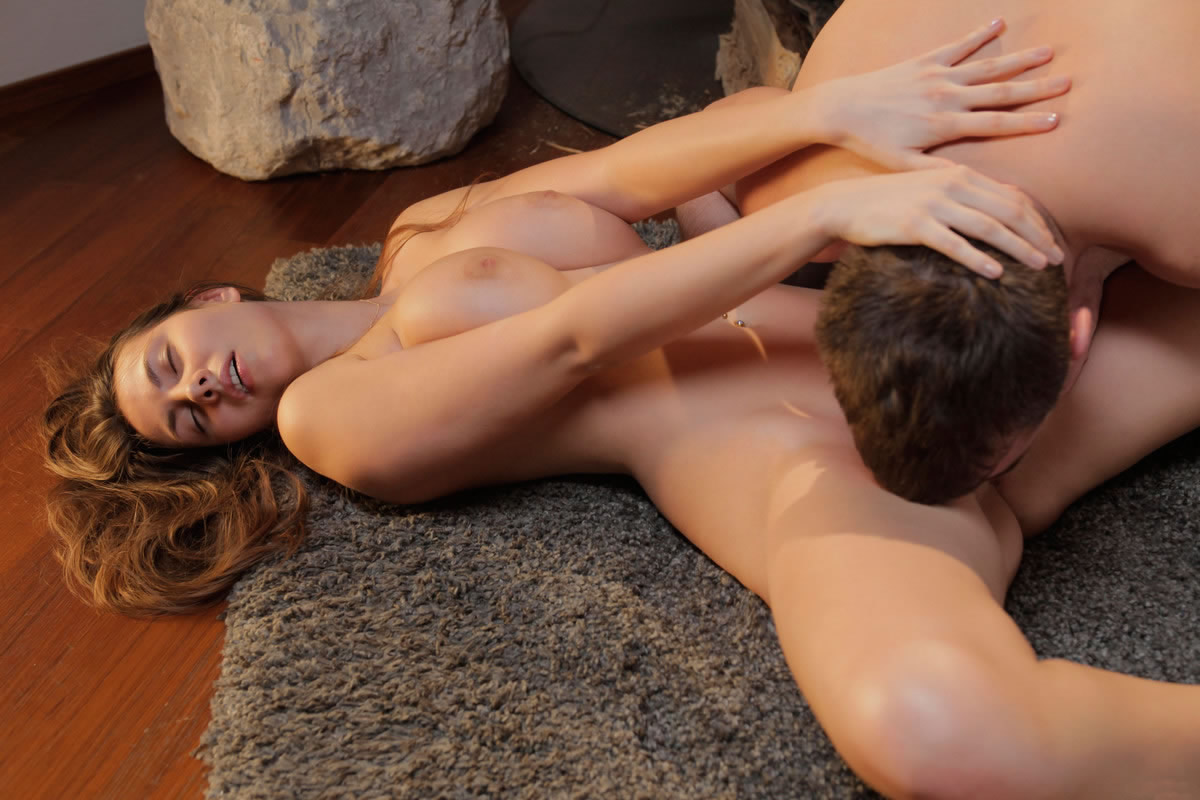