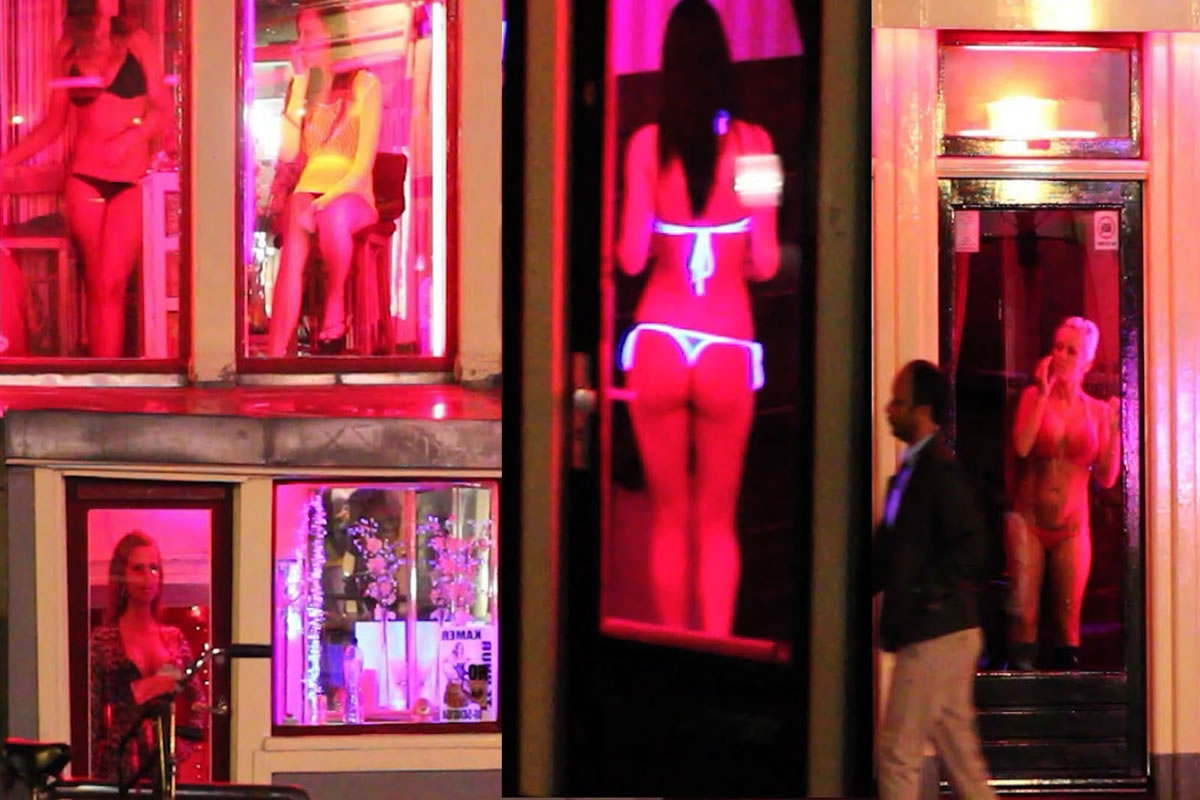 Everyone who visits Amsterdam sooner or later ends up visiting its Red Light District. Also known as Red Light , or Rosse Buurt (in Dutch), this neighborhood is the most famous in the capital of the Netherlands.

The fame comes to the Red Light District of Amsterdam for its history, for its architecture, for its intense cultural life and, above all, for having become a symbol of the most extreme sexual liberality.

The Red Light District of the Dutch capital is one of the most liberalized neighborhoods in the world in terms of attitudes towards prostitution, drug use and sexual diversity. For any fundamentalist of Puritanism, the area we are talking about would be something like a delegation from Hell on Earth.

What is the Red Light District in Amsterdam?

To speak of this Dutch neighborhood is to speak of an area that is to the left of Amsterdam Central Station and that can be considered one of the oldest in the city. Formerly, the area today occupied by the neighborhood was full of fishermen's houses.

Bounded by Dam Square, Damrak Street and Niewemarkt Square, the Rossebuurt is made up of three districts: De Wallen (the walls), Singelgebied and Ruysdaelkade. The first of these districts is the most famous of all and the most visited by tourists. In it is the Warmoestraat street or central street, full of bars, restaurants, breweries and people wanting to have fun.

The Red Light District has always been a neighborhood associated with the exercise of prostitution . It should not be forgotten that Amsterdam has been for many centuries an important capital of maritime trade and that implies one thing: a lot of sailors looking for fun in its streets after a long journey.

And what better fun for those who have been at sea for many months than to go whores when they touch land? Thus, the presence of prostitutes in this area of the Dutch capital already began to become noticeable during the Middle Ages. At present, contemplating the lumis in their showcases is one of the great attractions for those who come to contemplate this historic European capital and some of the undeniable peculiarities of the neighborhood. 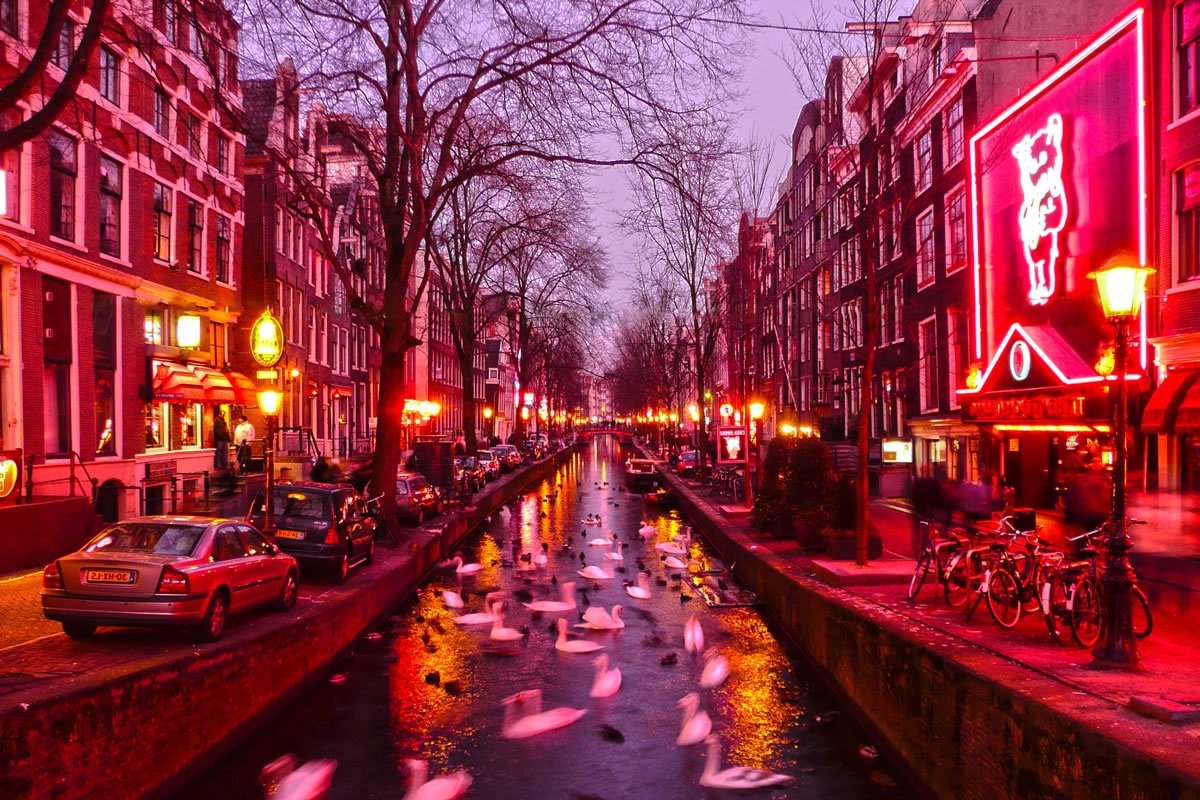 What to see in the Red Light District of Amsterdam

As in other cities, there are two Red Lights: a Red Light District in Amsterdam during the day and one at night. During the day, those who visit this area of the Dutch capital will be able to walk through it and enjoy the landscape of its cobbled and winding streets. These date from the 14th century and are full of strange, inclined and magical buildings that, together with their canals and trees, give the neighborhood a unique air. Architecture is, we already said, one of the great attractions of this neighborhood.

But architecturally attractive cities there are many in the world and, let's face it, this Dutch neighborhood is famous, especially, not so much for the beauty of its old houses but for something else: for the showcases of its brothels or, what is it. The same, for the shop windows from which the whores who work in the area try to attract their clients and in which they provide their services.

To enjoy this show you have to visit the Red Light District of Amsterdam at night . That's when the red neon lights of the prostitute booths glow and that's when the sex market reaches its peak. A curious passage about prostitution in Holland .

Storefronts with Whores and Sex Shops in the Red Light District

When visiting the shop windows with whores in Amsterdam, you have to know how to interpret a very particular code: that of the lights and curtains in those shop windows.

A booth with the curtain closed and the red light on is a booth that is occupied. If the curtain in that booth were closed and the light was off, the message to be interpreted would be the following: this display case is rented but at that moment the sex worker who occupies it is not active.

A showcase with the curtain open and the light on is that of a prostitute who is active but who, at that moment, has no client.

Finally, a cabin with the curtain open and the light off is a showcase that can be rented for that time.

Interpreting all this code of signs is essential to not screw up when visiting the Red Light District. It is also important to know that, although taking photographs is not, in principle, prohibited, there are escorts or prostitutes who may feel annoying. In some cabins it is indicated, by means of a sticker and expressly, that photos cannot be taken.

Those who visit the Red Light District in Amsterdam can also enter any of the many existing Sex Shops in the neighborhood (in them you can find an endless catalog of sex toys for men and women) or in one of the famous Coffee Shops that have made the city famous. the capital of the Netherlands as a place where some types of mild drugs can be consumed in public establishments. 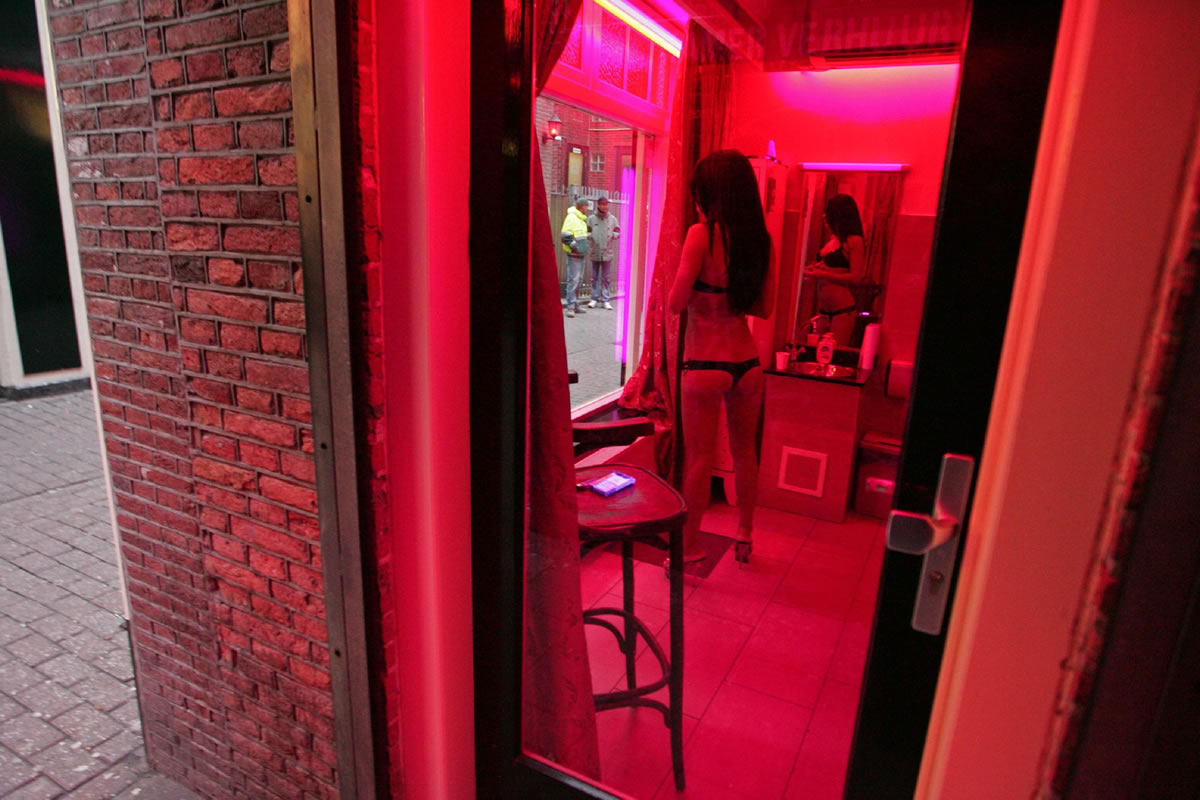