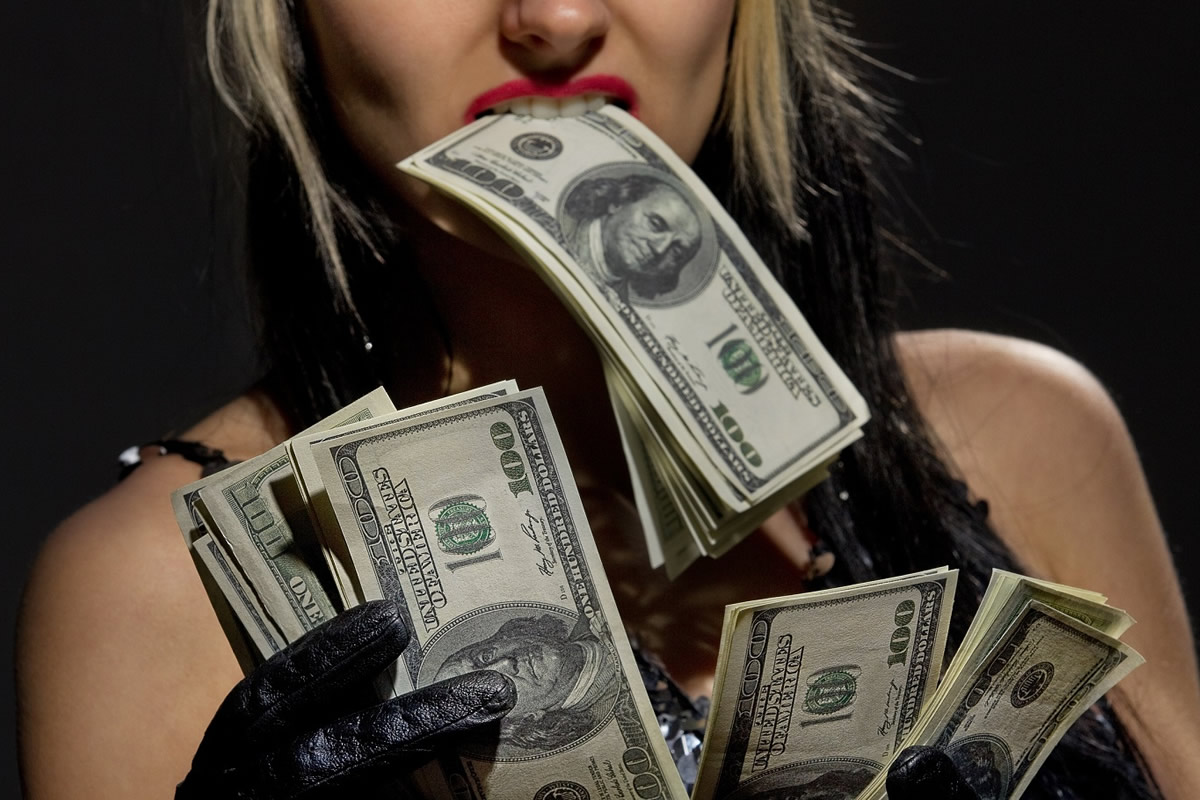 The resolution mentions that it should be done during this legislature, but no deadlines are set. After all, it is difficult to establish them, given the complexity of the debate. To begin with, the Government of Spain is not a one-color government. It is the fruit of the collaboration and joint work of two parties, the PSOE itself and United We Can. Just as in the first the abolitionist position seems frankly majority, in the case of the purple formation there are markedly regulationist positions. Thus, between abolition and regulation, many members of United We Can are committed to regulating prostitution .

In the aforementioned document that collects the resolutions of the socialist congress there is a triple commitment: 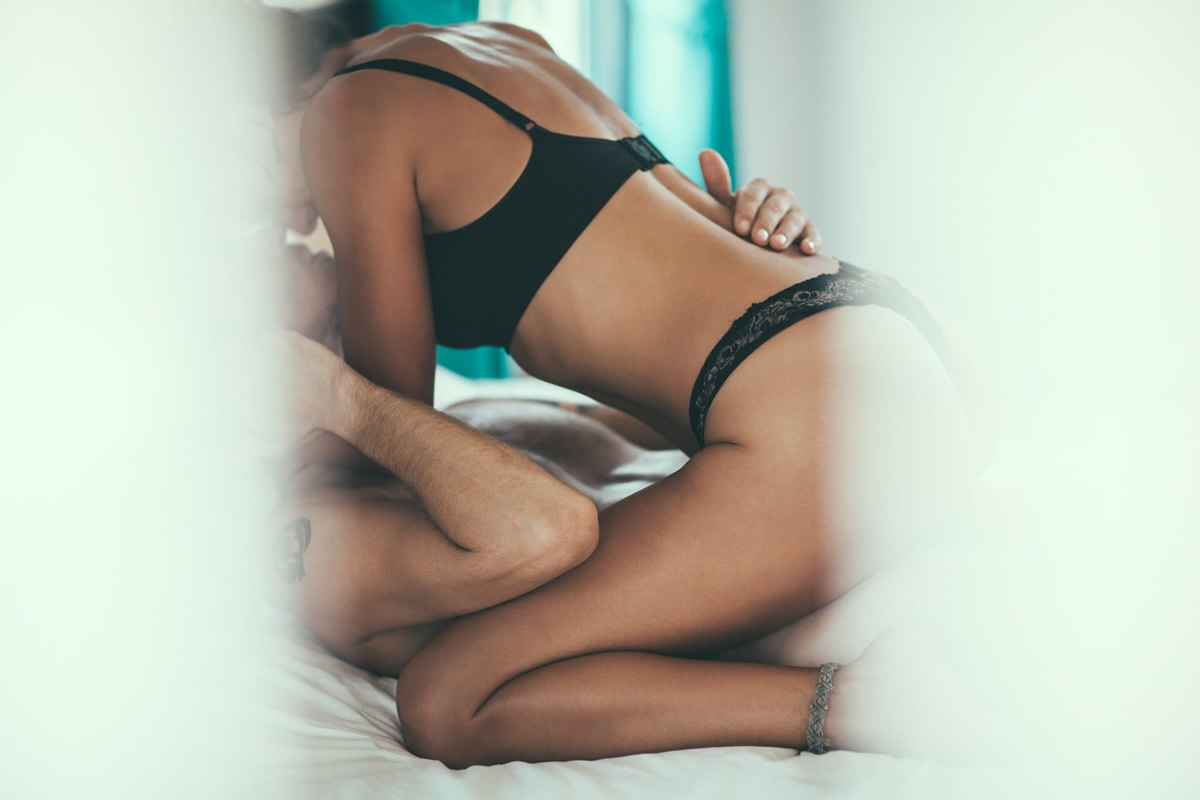 The crime of locative third party

What is the locative third party ? Specialized lawyers tell us that when we talk about locative third party we are talking about a legal figure that refers to all that place that is provided for the realization of the sexual activity of the prostituted person. In other words: any type of business whose objective, directly or indirectly, is the exploitation of the prostitution of others.

The Criminal Code of 1973 included this legal concept, which was decriminalized in the reform of said code in 1995. Through the crime of locative third party, the "owner, manager, administrator or person in charge of the premises, open or not to the public, in which prostitution or other forms of corruption are practiced and any person who, knowingly, participates in its financing".

According to the PSOE in its document, this measure, together with those mentioned above, mark the way "to put an end to the greatest expression of violation of the human rights of women and girls in the world."

Will this imply a significant increase in convictions for pimping ? The answer is not as simple as it might seem at first. After all, and as is the case with any law, how it is applied will depend on the interpretation that the judges give to it when issuing their sentences. It will be they, finally, who determine the more or less penalizing course, more or less restrictive, that the jurisprudence takes.

For its part, the Association of Women Judges (AMJE) believe that convictions for pimping would be reduced with the approval of the Sexual Freedom Law. For them, the aforementioned "relationship of subordination or dependency" contained in the law would be difficult to prove, being easier to prove and, therefore, to lead to a conviction for sexual exploitation, the conditions that arise in the wording of the law currently in force. 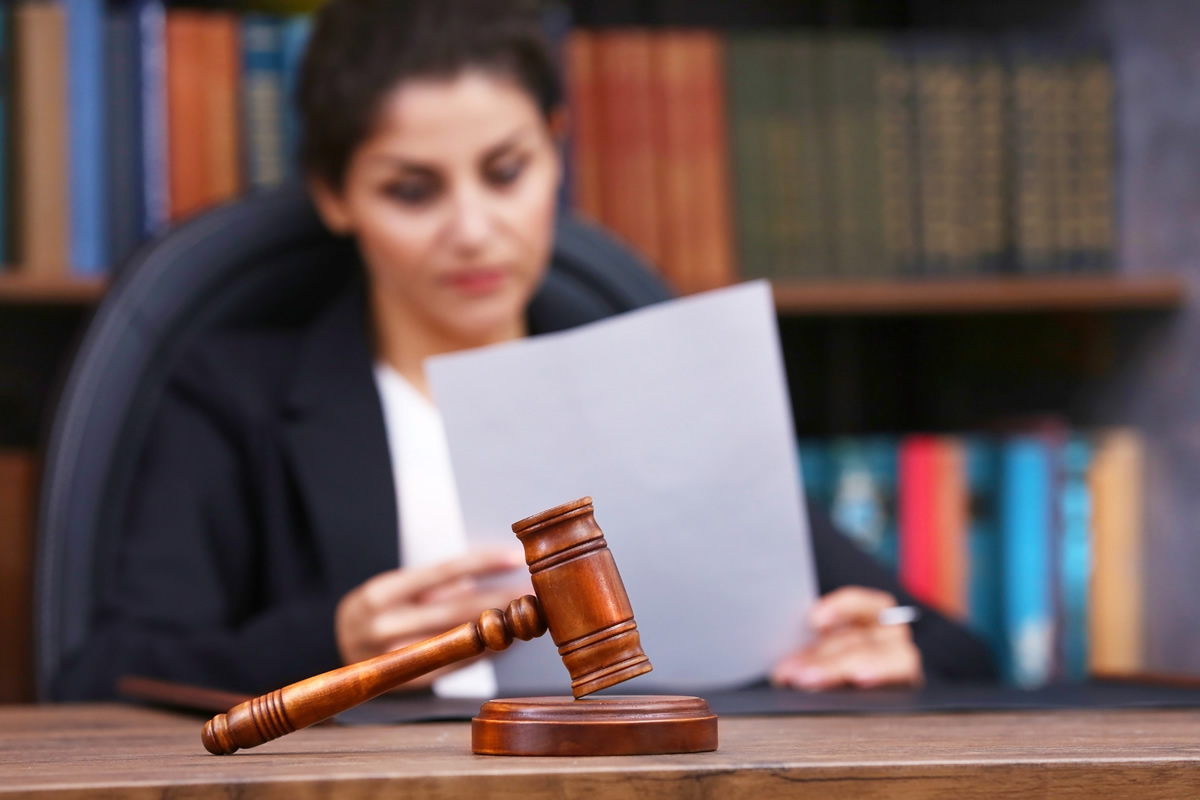 Criticism of the penalization of the locative third party

The intended recovery of the crime of locative third party has received multiple criticisms. Logically, the abolitionist will of the PSOE or a good part of United We Can is not well received by the associations of prostitutes . And it is not, either, the criminal requalification of the locative third party.

For sex workers' associations, there is an obvious risk that cases in which several women share a flat voluntarily provide sexual services in exchange for money will be classified as locative third parties. The associations of prostitutes fear that, in these cases, abusive conditions are not necessary for the criminal qualification to occur.

The president of the Others ( Union of Sex Workers ), Concha Borrell, highlighted a few days ago the rejection of the association that she presides over to all abolitionist laws. The approval and application of such a law, Borrell pointed out, would leave some 400,000 women on the streets and without the means to earn a living.

For its part, En Comú Podem, the Catalan confluence of United We Can, has shown its absolute rejection of the recovery of the criminal classification of the locative third party. Clearly positioned as a defender of a regulationist stance, the Catalan formation points out that the adoption of measures such as those defended by the PSOE in its 40th Congress and those promoted by the Government in its Draft Law on Sexual Freedom only reinforces the stigma of prostitution also falling into an error: that of not differentiating voluntary prostitution from forced prostitution.

The Catalan party points out that, according to the experience lived in countries that at the time chose to promote abolitionist policies regarding prostitution, these policies have only served to make the activity clandestine, to worsen the working conditions of the workers. and to hinder their access to housing. In some cases, they point out, they have even lost it.

In defense of its position, En Comú Podem has resorted to citing the position held by various international human rights organizations on these same aspects. These organizations defend and recommend the repeal of all types of regulations that lead to the criminalization of women who practice prostitution. 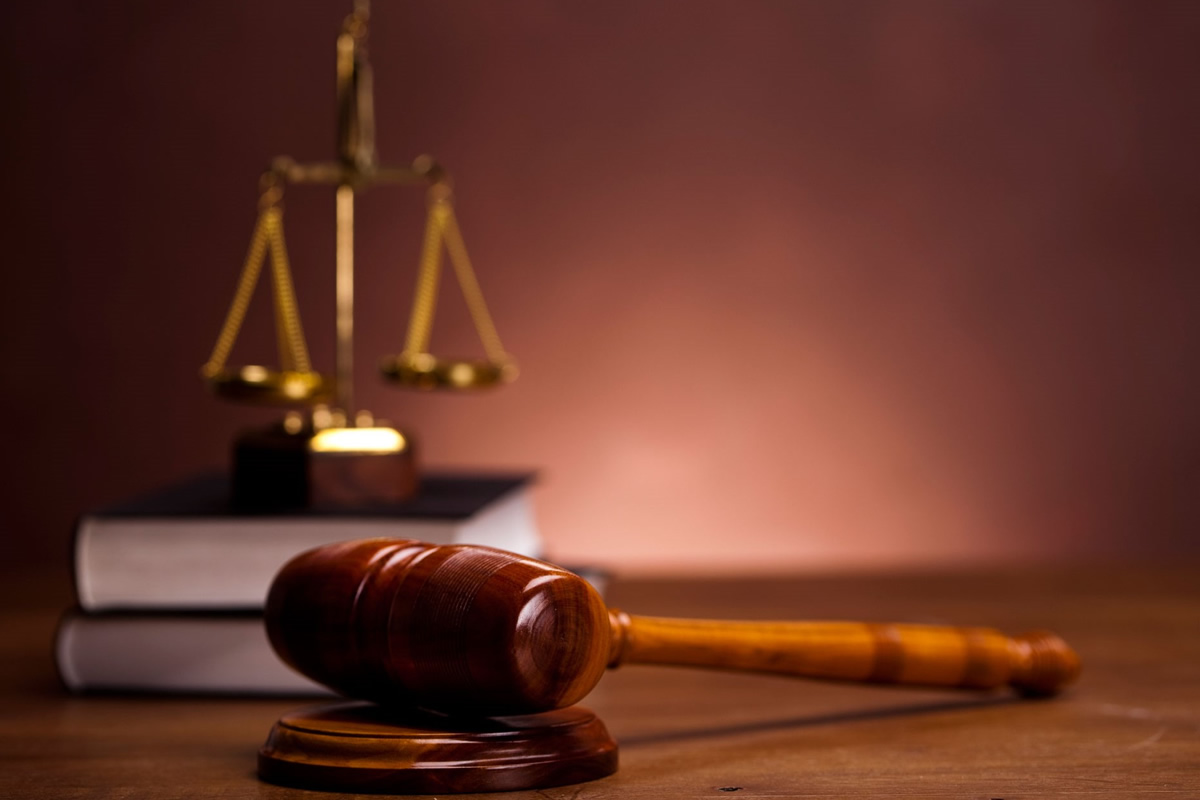 The future of dating pages

One of the questions that arise when talking about the abolition of prostitution and the recovery of the crime of locative third party is: how would abolitionism affect dating websites ?

Logically, it is innocent to think that the contact pages would not be affected by political measures of this type. Prostitute ad websites would undoubtedly be seriously affected. These, with the law in hand, should cease their activity. Because... what legal capacity would a directory of online prostitution ads have to exist in a country where prostitution is prohibited?

In a certain way, the mere recovery of the figure of the locative third party could be enough to leave a web of contacts of this type out of legality . Those who work and live on said page could be judicially understood as people who live from the exploitation of the prostitution of others and therefore, or stop providing those services, leave outside the European Union as happens on French websites or they can hire the services of a good lawyer if they do not want to end up in jail (even if they had a great legal defense in front of a judge , they would not be able to operate within Spain).

When talking about prostitution and the desire to put an end to it, sooner or later the same point is reached: accepting the irrefutable fact that it is one thing to want to abolish it and quite another to make it disappear. Can you put doors to the field? Has the provision of sexual services for money disappeared in countries like France for the mere fact of having passed an abolitionist law?

Prostitution has existed practically since the world is world and it is highly unlikely that it will cease to exist. As many experts on the subject point out, abolitionist and prohibitionist measures do not so much make it disappear as harden the conditions in which many people exercise it.

A prostitute advertisement website puts in the hands of those who wish to practice prostitution freely and voluntarily a great tool to advertise themselves, exercise their profession in better conditions and improve their quality of life.

As has been pointed out so many times and as we have seen that the associations of sex workers emphasize in their communiqués and in the declarations of their members and directors, every effort must be made to prosecute the trafficking and sexual exploitation of women and, therefore, Of course, minors. You have to do that and, of course, harshly condemn those responsible. But that cannot and should not be done in any way. It should be done while respecting a woman's freedom to choose her trade and to do with her body as she wishes. 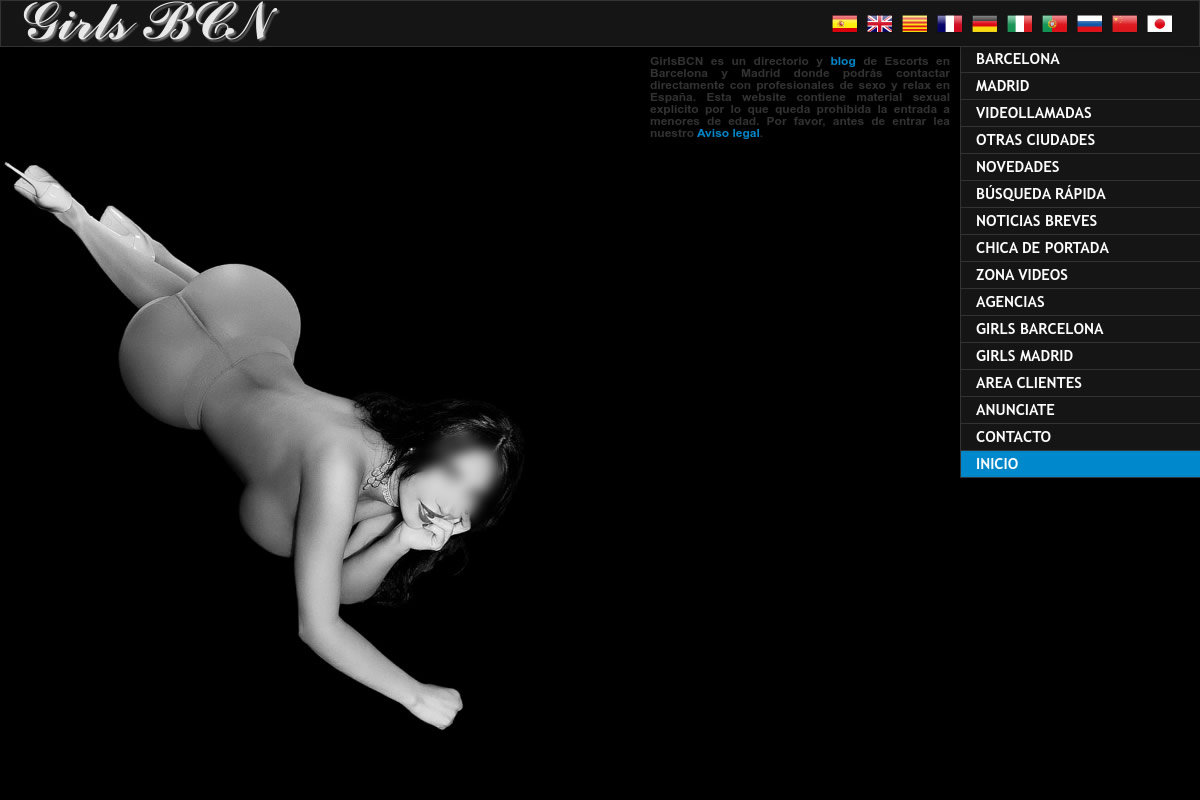