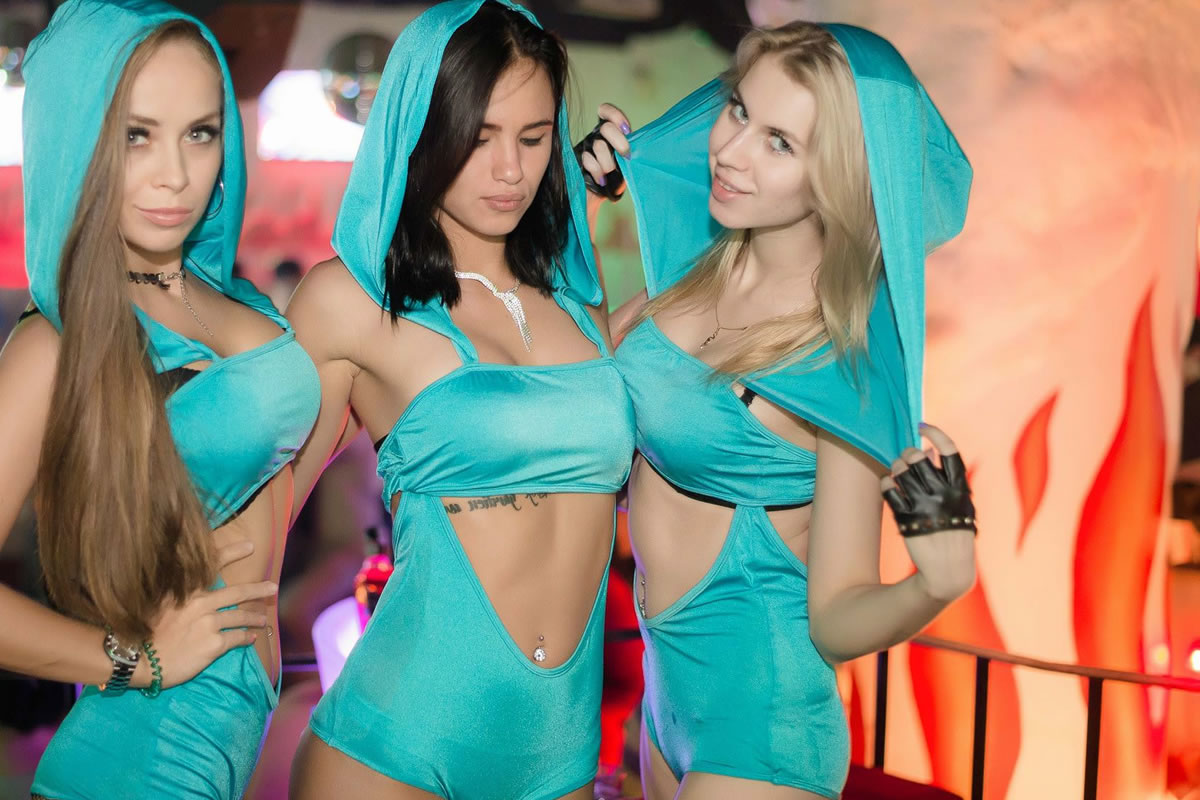 In bars, in nightclubs, at work, at university... There are many places where he has traditionally linked and is linked. The one who was born a flirt by nature knows that the right places to flirt are infinite. For the seducer of race, there is no place or situation in which it is not feasible to make one more notch in the butt of the rifle. Even a hospital is a good place to flirt. Even, why not?, a funeral home.

The flirt by nature finds feasible situations to flirt anywhere but... and who is not good at conquering? What alternative does he have to drive a pike into Flanders? Traditionally, these people had to choose between two paths. One of them was to resign himself to being single. When the concept of single had not yet achieved the prestige it has today, the bachelor was that man who, seen from the point of view of others, had either been unlucky or had not known how to look. In no case was it considered that remaining without a partner was a personal choice. Certainly, in a traditional and patriarchal society, it used to not be. And it is that in those days being single did not have the glamor that today it is supposed (or is sold) that it has.

Some of those evicted from the hookup, feeling like oddballs in a society that highly valued stable pairing, sought the advice or help of a matchmaker or matchmaker. In most cases, that matchmaker role was played by a friend. They were the first dating providers. This system, as old as the world, is still in use today and will undoubtedly be used for ever and ever and as long as direct human dealings are not replaced by virtual loi. "Come on... cheer up... come with us this Saturday... a friend of my girlfriend will also come," is a recurring phrase. Later, if the thing squared, then better than better.

Beyond the help provided by these amateur matchmakers when it comes to meeting girls , boys or men who could not find a way to flirt or who had no luck doing it within the circle of known people sometimes resorted to help matchmakers or titled matchmakers, people who had made dating for others their profession.

When talking about these professional matchmakers we are talking about marriage agencies . These still exist, and they are, together with the applications to flirt , the two alternatives (beyond the traditional ones of meeting somewhere and becoming intimate little by little) more present today for all those people who do not find a way to flirt. We will talk about both alternatives below. 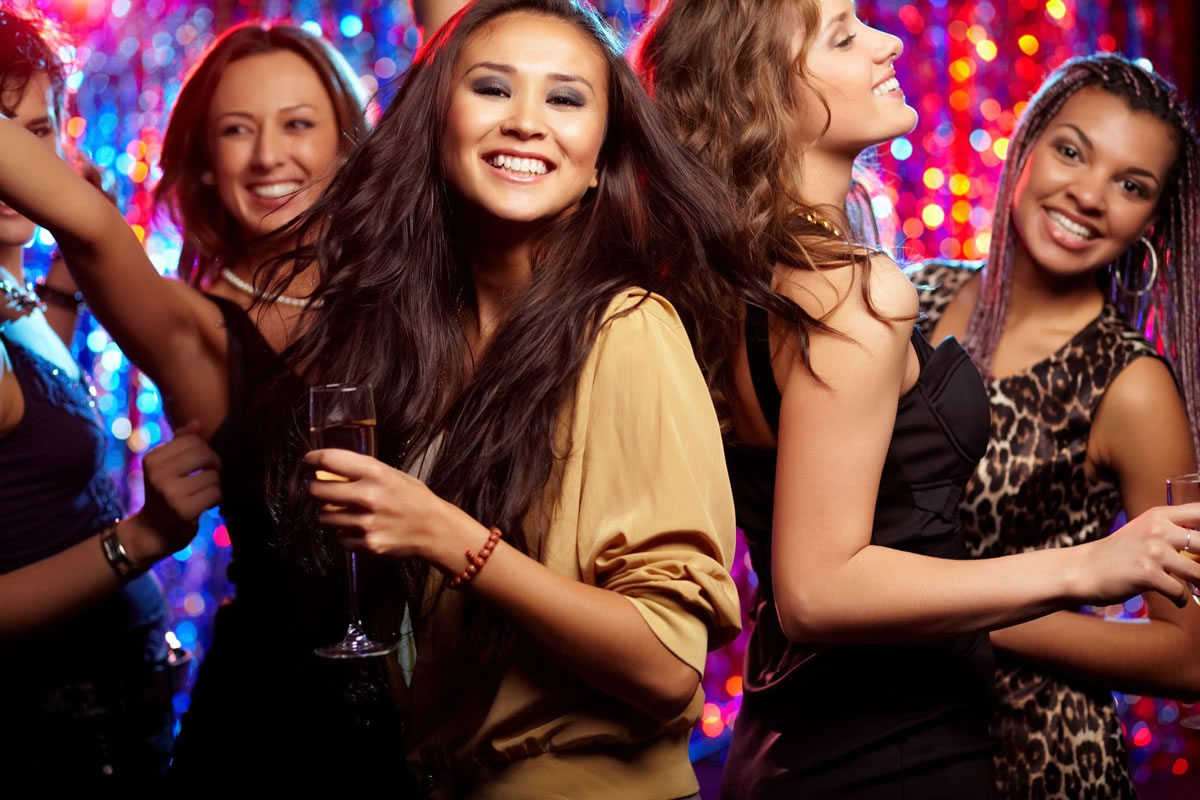 One of the most used alternatives today to find a partner is that of dating applications . The expansion of the internet, as well as the technological development of smartphones , has enhanced the matchmaker role of many dating websites and platforms. Thanks to them, many people can meet people almost without leaving home.

Among the best dating apps we find platforms like Tinder , Meetic , Badoo , eDarling , Happn , POF , Bumble , Lovoo or Adopt a Uncle . Gay or bisexual guys, meanwhile, can use apps like Grindr or Wapo .

All these platforms work, basically, in a very similar way. The vast majority of them have a free version and a paid version. To register with them you have to create a profile. In this profile, beyond a photo, a series of data is put: age, hobbies, professional dedication, etc.

Once the registration has been made, there are applications to meet people that carry out a screening and offer their clients a series of profiles of other registered people so that, based on this, the client indicates which of these people they like and which they do not.

The fact that the "likes" of two people cross makes it possible in most of the apps to meet people that these two people can chat with each other. The chat function thus becomes a very useful tool so that the clients of the different applications can become a little more intimate with those people with whom they may ultimately want to meet. That the appointment curdles to have a good time, well then. That after several good times opens the possibility of reaching something else, well better.

Within the apps to flirt, there are those that have gained prestige as tools to reach serious relationships and there are those that make it easier to have much lighter dates. Among the first would be applications such as Meetic or Match.com . Among the latter, we would find POF (in which sporadic relationships abound), Ashley Madison ( a dating website for those who already have a partner) and Tinder, widely used among young people. Gay dating apps , on the other hand, have a reputation for being platforms that allow their users to enjoy many casual sexual dates. 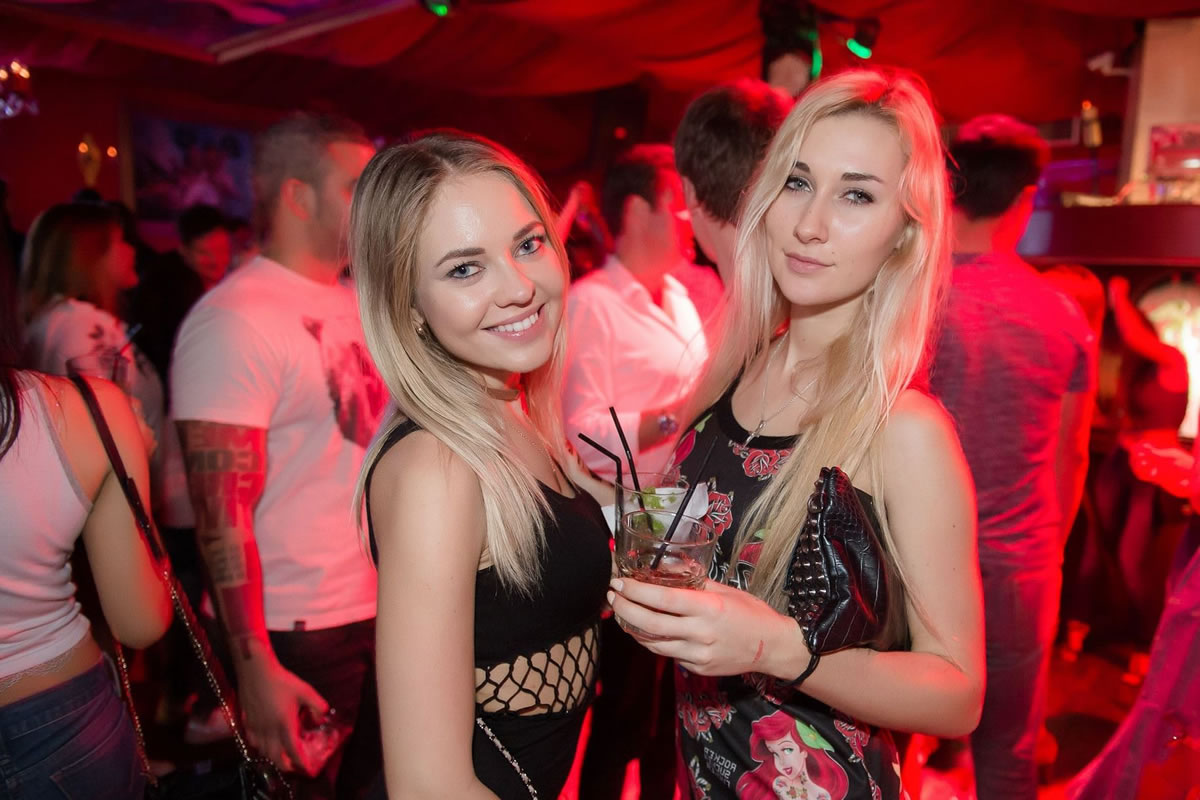 Considering the most common alternatives to the traditional ones and that are offered today, we must emphasize that those who wish to have a date exclusively of a sexual nature, without any sentimental implication, have a much more direct path than resorting to applications to flirt. That path is also much safer in the sense that sex is guaranteed on it.

This path involves hiring the services of an escort . In this case, in addition to being guaranteed, the sex will be of high quality , as corresponds to sex shared with a true pleasure professional.

That getting it costs some money? Yes, of course, but... what luxury doesn't cost it? And being able to sleep with a woman who perfectly suits our physical and sexual tastes and with whom we know exactly how far we can go in bed (her catalog of services clearly indicates this) is certainly a real luxury. And all this can be achieved without the need to waste hours and appointments in trial and error.

That is why, in these cases, we always recommend, as if we were priests of pleasure, to make a severe and sincere examination of conscience. Let us clearly know what we are looking for so we know where to find it. Do we want love and a serious relationship with a view to sharing a life project? Let's use the services of a marriage agency or a serious dating application. Do we want sex? Let's call directly who is going to offer it to us. The time is gold. 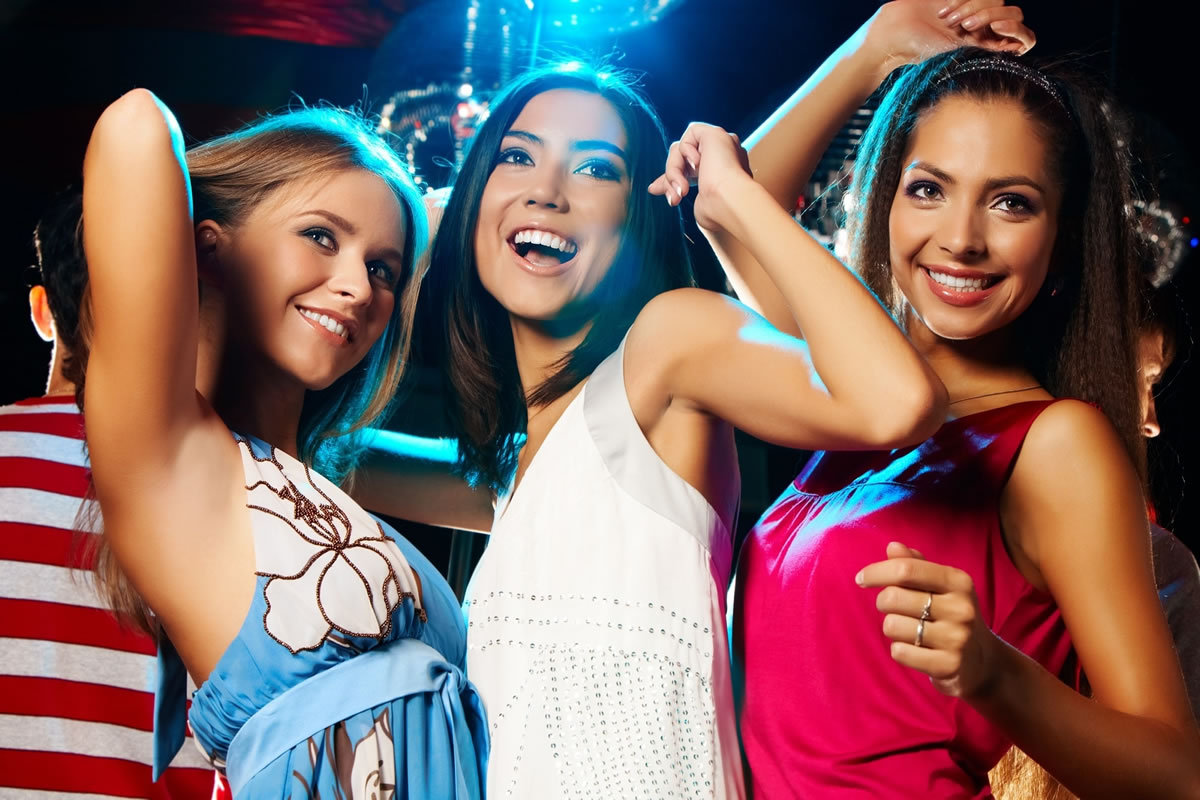 When we talk about a marriage agency we talk about a company whose specialty is the search for dates between compatible people. What is sought with these appointments is that love and a long-term relationship arise from them.

Those who seek to flirt thanks to the services provided by a marriage agency seek, above all, to maintain a long-term relationship, a serious relationship and called to endure. Those who use the services of this type of agency are not looking for a one-day flirt or a passing adventure. To get a flirt of this type there are already numerous apps to flirt . We will talk about them later, because they are, without a doubt, one of the most popular alternatives to flirt.

The work of the specialists of the marriage agencies is based on the realization of psychological profiles and the crossing and screening of data. The experts of these agencies, commonly psychologists specialized in personal relationships, personally interview their clients and, based on these interviews, draw a kind of robot portrait of their personalities, preferences, tastes, etc.

Once this outline or profile has been made, the agency team searches among other profiles for that person or people who best fit the profile drawn up. Searched for these profiles, the agency proposes to its client to get in touch with whoever has been selected and then set an appointment.

If the appointment is a success, the agency can be satisfied: it has fulfilled its objective. If the appointment fails, new options are sought again and new meetings are organized. As the saying goes: who follows her... gets her. 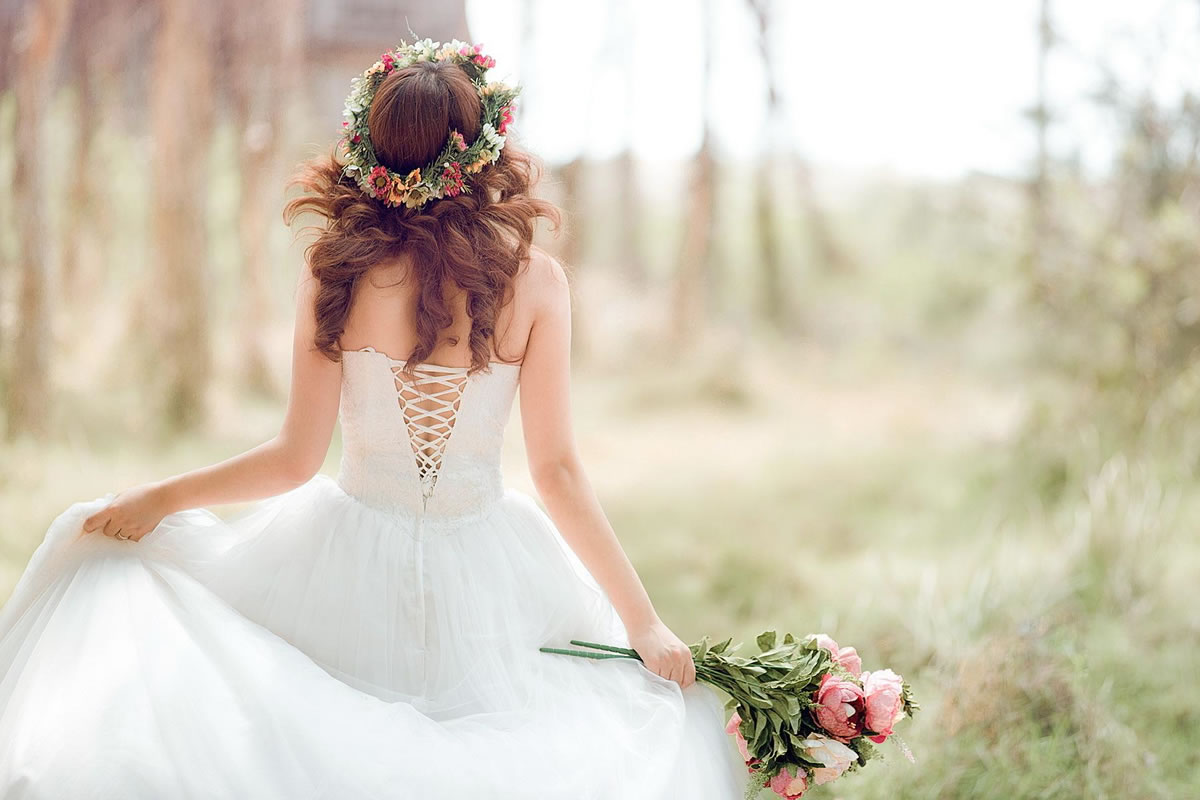