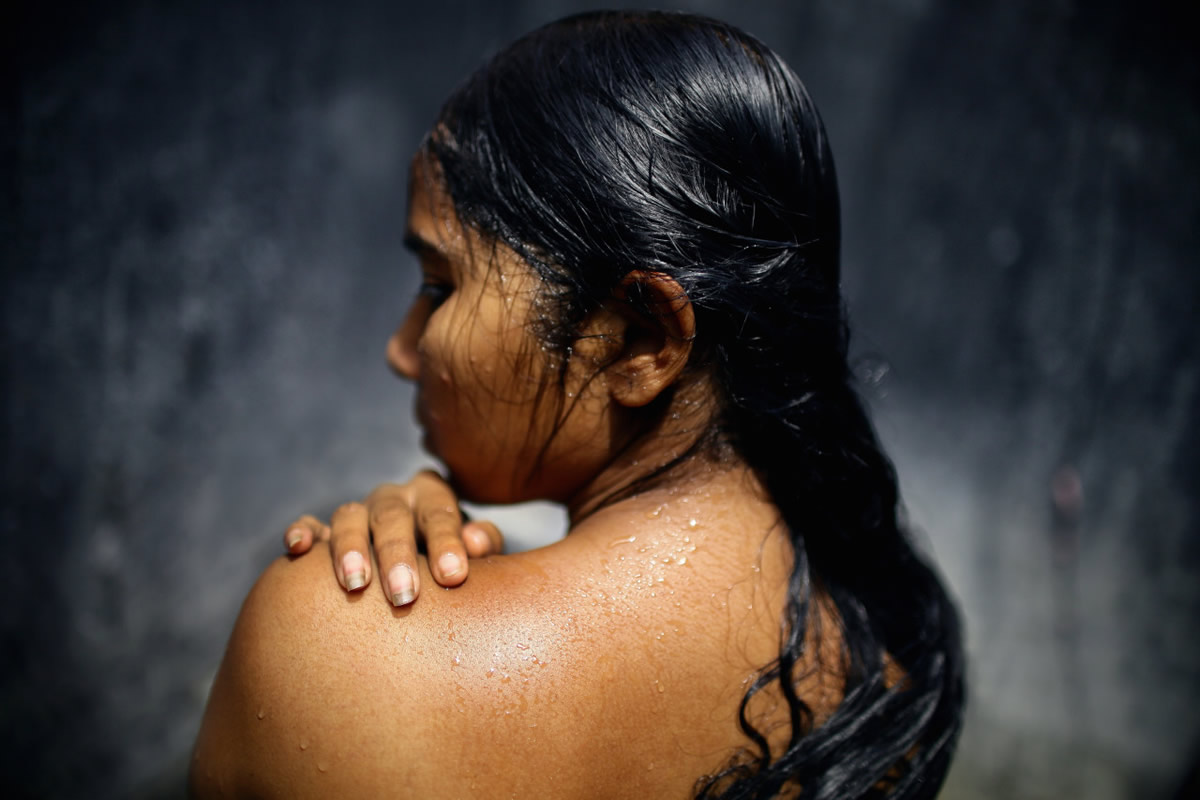 If there is one place in the world where prostitution does not exist, it is not India . According to some international organizations, around 20 million women provide sexual services in this Asian country in exchange for money. These organizations also maintain that 80% of these women are forcibly prostitutes. In other words, they are victims of trafficking.

Before talking about prostitution in India and trying to make an outline of it, it is necessary to clarify something that must always be kept in mind: when talking about prostitution in general, many different forms of it are included. In the same way that there is luxury prostitution carried out by pleasure professionals who could be compared to the escorts of our culture and who provide their sexual services both on their own apartments and in exclusive and luxurious brothels , there are prostitutes who work in conditions of authentic slavery , in rooms that can hardly be classified as such and that are more like a cell than a room.

Before trying to stop to analyze some of the most striking or unique aspects of prostitution in the Asian country, we will highlight that the exchange of sexual services in exchange for money is legal in India. Prostitution, then, is allowed.

That prostitution is legal in India does not mean that, on paper, it can be practiced in any way. Pimping, for example, is punishable. So is slowing down and / or stopping a car looking for prostitutes. And also be exhibited in a public place. That is to say: women (the existence of male sex workers is not recognized) can offer sex in exchange for money in private, but cannot do so in public because, in that case, they could be accused of "public indecency".

The ambiguity of this law leaves women exposed to situations of harassment, bribery and violence. In many cases, moreover, it is the members of the police themselves who take advantage of this defenseless situation.

Indian prostitution law also penalizes owning or operating a brothel . This, of course, does not mean that there are no brothels, brothels or whorehouses. Exist. Of course they exist. In the same way that there are pimps and red neighborhoods . We are going to talk about all this in the next sections. 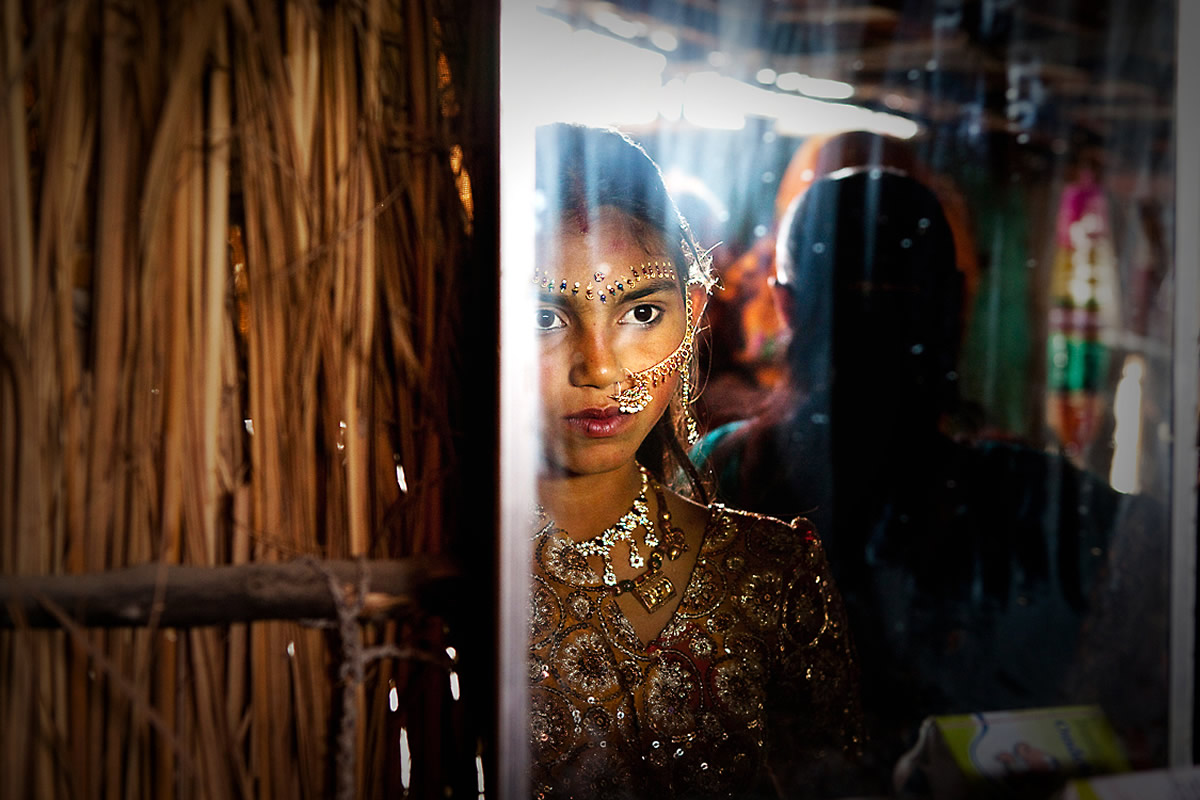 In the same way that there are red neighborhoods in major world cities such as Amsterdam (DeWallen), Paris (Pigalle), Tokyo (Kabukicho), Thailand's Phuket (Patong) or Hamburg (Reeperbahn), there are them in large Indian cities.

Thus, Kamathipura is the red light district of Mumbai , Sonagachi that of Calcutta and Reshampura that of Gwalior. The red light district of New Delhi , meanwhile, would be the Garstin Bastion Road (popularly GB Road). These new red neighborhoods would replace the ones that traditionally existed in places like Saharanpur, Muzaffarpur, Vanarasi or Benares, Meerut or Azamgarh.

Sonagachi, considered the largest red light district in Asia, contains several hundred multi-story brothels within it. Located north of Calcutta, the documentary The Children of the Red Light District was filmed there. This documentary won the Oscar for Best Documentary Feature in 2005.

Brothels, as we have seen prohibited by law, are grouped in certain areas. The reports that have been made on some of the aforementioned red districts of India tell us about sex workers who exercise their trade in very precarious conditions and who, isolated from the rest of society, live in slavery. On many occasions, prostitutes in the Indian red-light districts die prematurely.

The news coming to the West from these places also speak of multiple situations in which sex workers have been forced to sell their babies and how trafficking mafias have taken advantage of the misery in which they live in large areas of the country. country and also in neighboring countries such as Nepal to sexually exploit many minors.

Having seen the areas of the country in which the largest number of brothels are grouped, we are now going to see what the brothels of India are like . 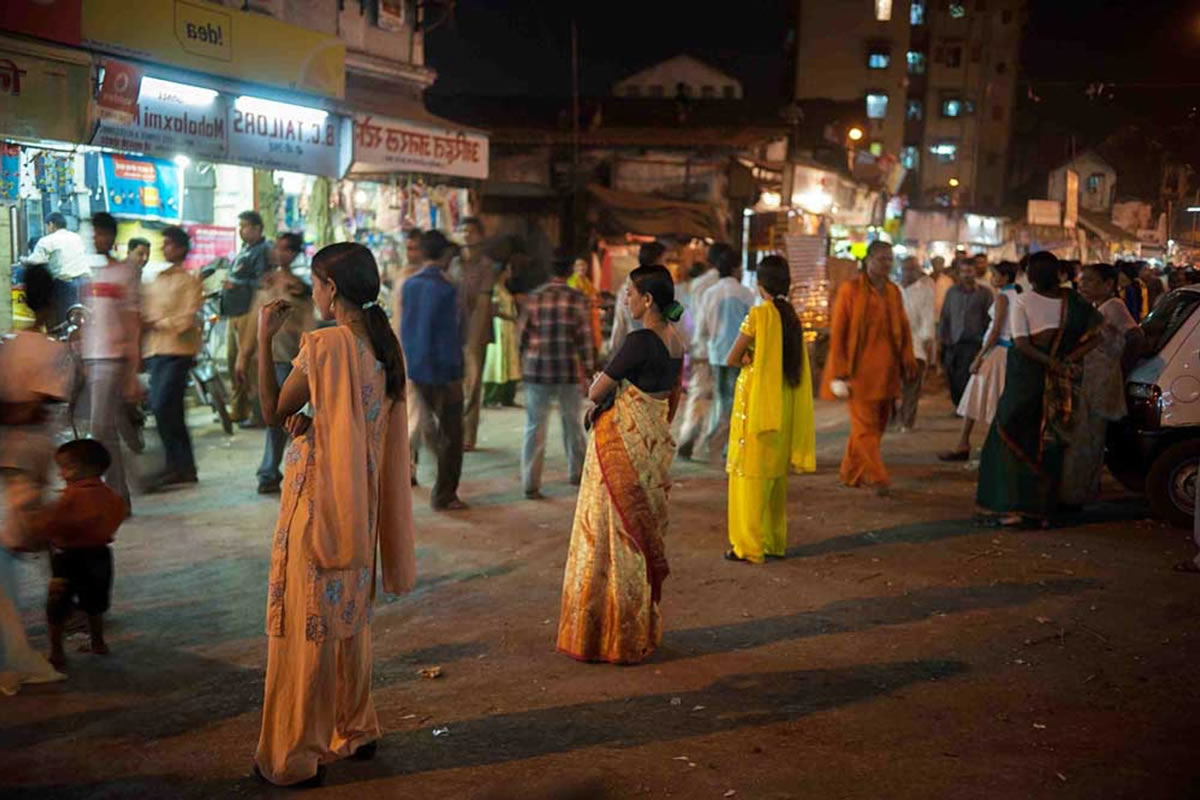 Pinjali is the name given to the brothels in Pune's red light district, located in the city of Ahmednagar, a town in the center-west of the country. Observing what one of these brothels is like helps to get an idea about what most of the brothels in this Asian country are like.

The pinjali (who have only one room) have little furniture made up of one or more beds simply separated from each other by a kind of curtain. This curtain fulfills the function of creating a certain idea of intimacy.

In the poorer pinjali, the beds are replaced by mats. The decorations in the room? Some water, some flowers and incense. Undoubtedly, little thing to adorn a space that is, at the same time, the workplace and home of the prostitutes who practice their profession in it and who usually do so under the orders of the gharwali or madame or, where appropriate , from some dalal or pimp. The gharwali, in many cases, also practice prostitution in the pinjali.

The buildings in which prostitution is practiced in the Asian country tend to be old wooden buildings with three or four floors. In them, the rooms take on the appearance of cages. The most miserable brothels have a kind of cells called tehkhanas . These brothels in India are often dominated by trafficking mafias. In the tehkhanas, the pimps who work for these mafias lock up women and, on many occasions, minors forcing them into prostitution. The chronicles about these buildings speak of rooms without windows, labyrinths of corridors and truly miserable environments.

The Anti-Trafficking in Persons Act of 2018, enacted in principle to promote the prevention, protection and rehabilitation of sex workers and to protect victims of trafficking, has been criticized since its entry into force by many advocates of human rights. According to them, the law addresses the issue from an exclusively criminal perspective, leaving aside the victims. The strict application of the law, these specialists point out, ends up harming sex workers, who end up suffering from situations of greater vulnerability. 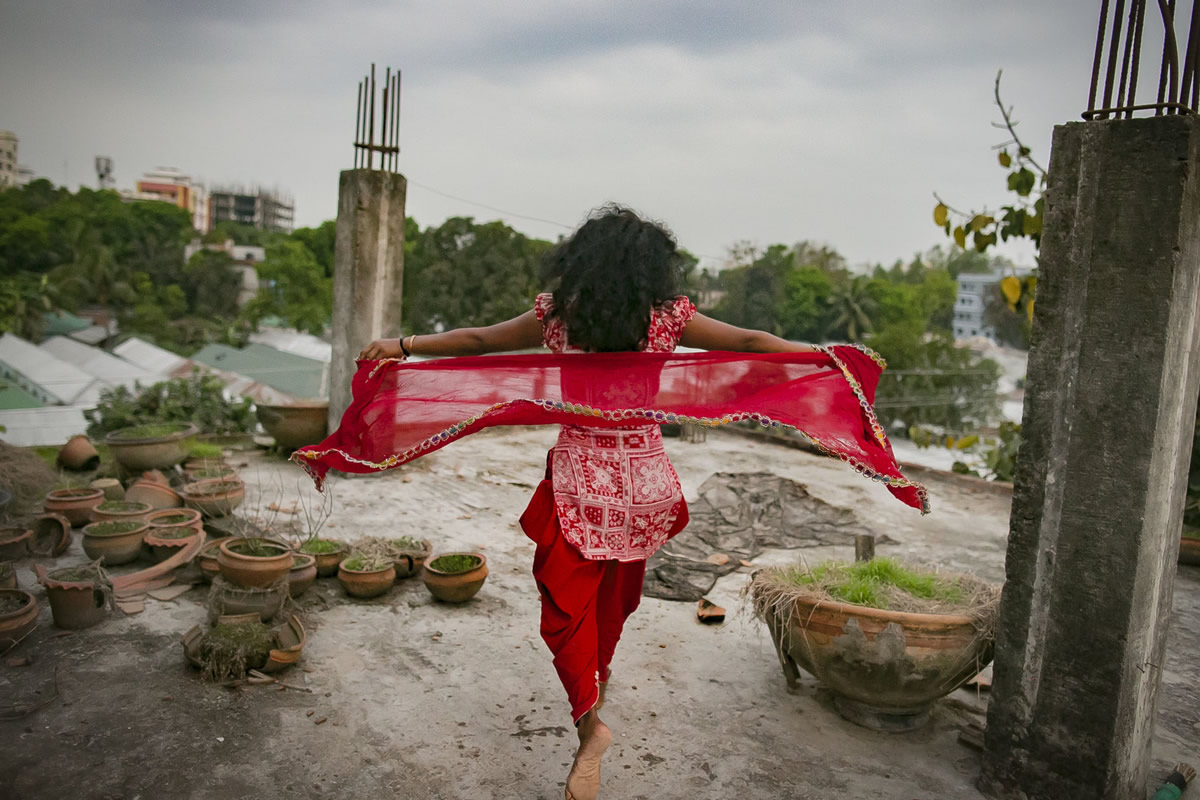 Devadasi: the sacred prostitutes of India

As we have seen, child prostitution is, unfortunately, too widespread in the Asian country. It has also been, historically. And it is that, in some cases, this reality has a cultural and religious background. This is especially evident in the case of the devadasi or sacred prostitutes .

Who are the devadasi? Pre-adolescent girls that families decide to dedicate to the service of the goddess Yellama. Upon reaching the age of 13, a religious rite is celebrated that symbolizes the marriage of the devadasi with the divinity. From that moment, the devadasi renounces marriage with any mortal and her obligation will be to satisfy the sexual desires of all those men who claim her services.

Sacred prostitution has been practiced in India since the 9th century. According to the beliefs of the natives of the areas where it is still practiced, the man who has sexual relations with a devadasi is purified.

Banned since 1988, this practice still survives in some areas of the south of the country. It is no longer practiced in temples but it is practiced in other places. In addition, pimps and trafficking organizations and networks have a habit of "buying" devadasis for use in their brothels.

Beyond this form of prostitution close to slavery, it should be noted that in many trips to India , tourists discover another prostitution of a more elitist nature and less socially disadvantaged. We are talking about luxury escorts or prostitutes who, without any kind of coercion and in a completely free way, decide to dedicate themselves to the provision of sexual services in exchange for money.

India's laws on prostitution , however, do not allow sex workers to advertise their services over the internet. Prostitutes, therefore, cannot have escort websites or online directories where they can advertise. 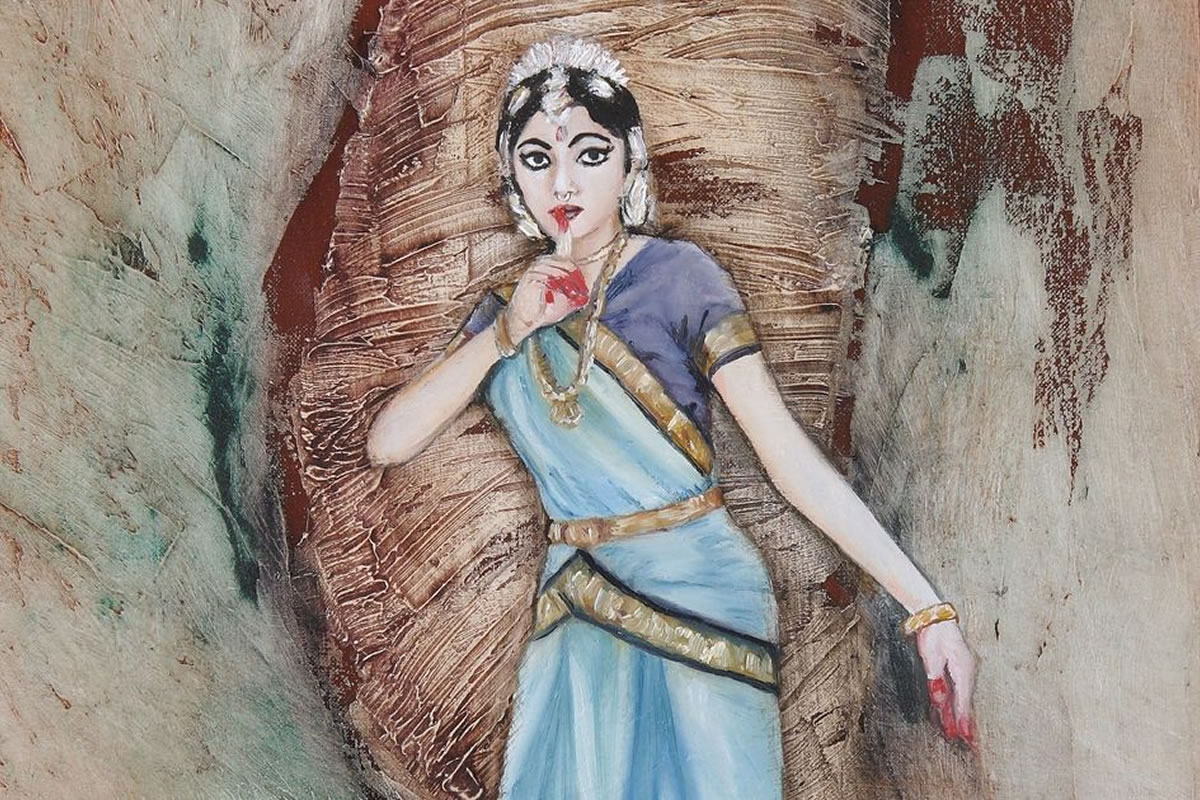