The best clubs in Ibiza 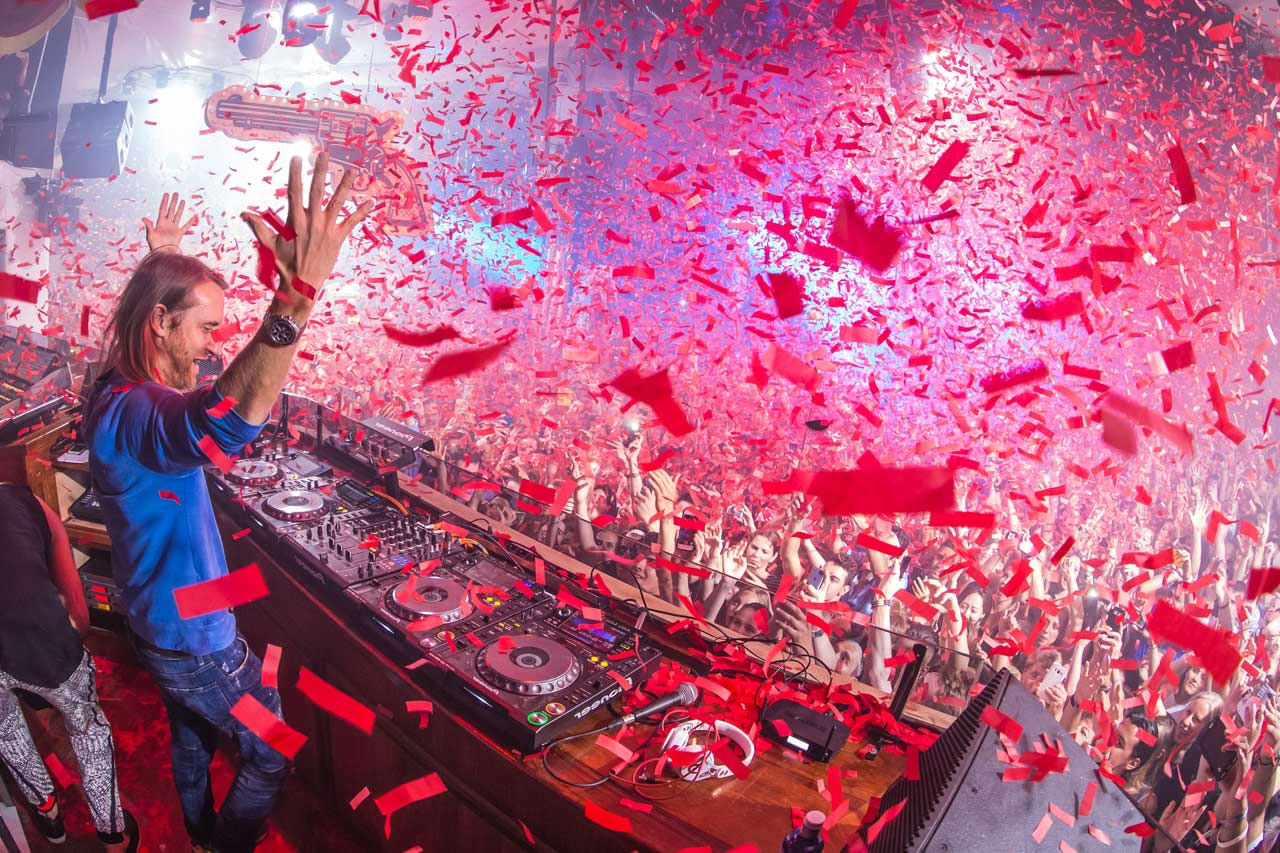 It cannot be said that the night in Ibiza has been enjoyed if that night has not been finished in one of the many and famous nightclubs on the island. Here we are going to recommend some of them.

Talking about clubs in Ibiza necessarily implies talking about Pachá. Inaugurated in 1973, Pachá Ibiza is, without a doubt, the most famous disco on the island. Its fame is international and it has franchises in other parts of the planet, among which London, New York, Madrid and Marrakech stand out.

With a capacity for 3,000 people and 5 rooms with different settings, this Ibiza nightclub is open throughout the year. Its main hall has experienced some of the most famous parties on the island and the most famous international DJs have played its music there. Among them we can distinguish Dj Tiesto (master of trance and progressive music), Dj Piti (with his Flower Power parties) and, of course, who is surely the most famous DJ in the world: David Guetta. His performances at Pachá Ibiza are always an event.

With a quintessential "posh" atmosphere, Pachá Ibiza has a wonderful terrace at its top so that lovers of music and the most relaxed atmospheres can enjoy the Ibizan night.

For many night lovers, Amnesia is the best club in Ibiza . Founded in 1970, Amnesia has the best go-goos in Ibiza and was the island's first open-air nightclub. Now, and after repeated neighborhood complaints, his terrace is covered.

In Amnesia it can hold a whopping 5,000 people and the entire poster is usually hung on it. Among the most famous parties organized by this Ibiza club we find the foam party (which usually takes place twice a week), La Troya (one of the most popular parties in Amnesia and closely related to the gay public), Cocoon or Pop Star.

The light effects and the explosive quality of its sound make Amensia a reference club not only in Ibiza, but in the entire world. 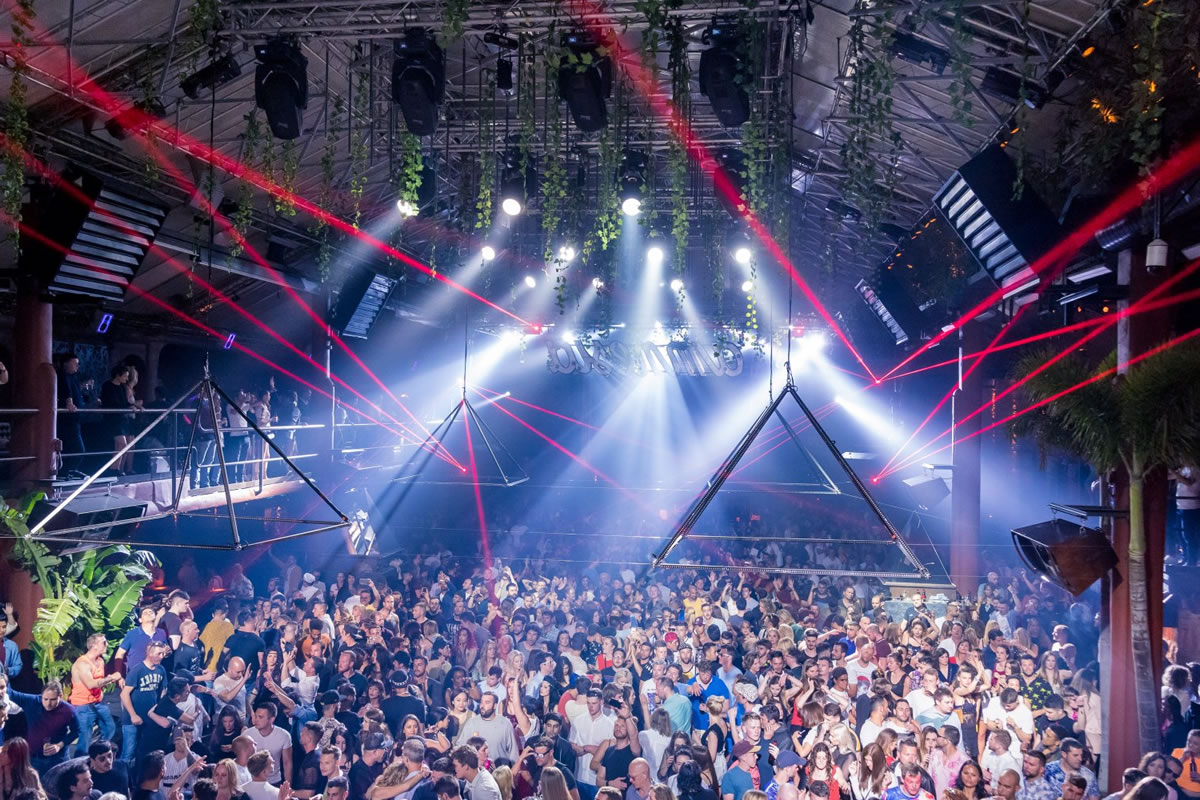 Ushuaia Beach Hotel opened its doors in Ibiza in 2011 and did so to revolutionize the concept of disco by introducing that of hotel-disco. On summer days, this Ibiza nightclub performs crazy and very fun parties in its macro pool.

At Ushuaia Beach Hotel you can enjoy music at any time. Its gigantic LED screens, its spectacular setting, the power of its sound and its beautiful bikini-clad go-goes make this hotel-disco a very special place. So much so, that celebrities like Naomi Campbell or Paris Hilton have marked the odd dance on their floor.

David Guetta organizes in this room some of his most famous parties. The late Swedish DJ Avicii also organized here some of the parties that helped place him in the world elite of DJs. Ushuaia Beach Hotel offers visitors to Ibiza the opportunity to stay in one of its rooms. For this, however, it is necessary to have a budget that allows it, since this hotel-disco does not stand out for being precisely cheap. And, you have to resign yourself to it, exclusivity comes at a price.

Privilege is one of the oldest clubs in Ibiza. First it was called Club San Rafael (1978), then it was renamed KU (a name that it kept for more than ten years) and, finally, in 1993, it adopted its current name. What does Privilege offer to those who visit it? For starters, a capacity of 10,000 people. This capacity makes it, according to the Guinness Book of World Records, the largest disco in the world. Its huge central court has a spectacular swimming pool, it has several open-air rooms and its ceilings reach 25 meters high. Without a doubt, a spectacular place that has been visited by celebrities such as Paris Hilton or Madonna. Among the most outstanding Privilege parties we can highlight the A State of Trance and the Supermartxé. This second stands out for its waste of choreography, live shows and fashion shows. Famous around the world, this Ibiza Privilege disco party is a magnet that attracts multiple celebrities from around the world. 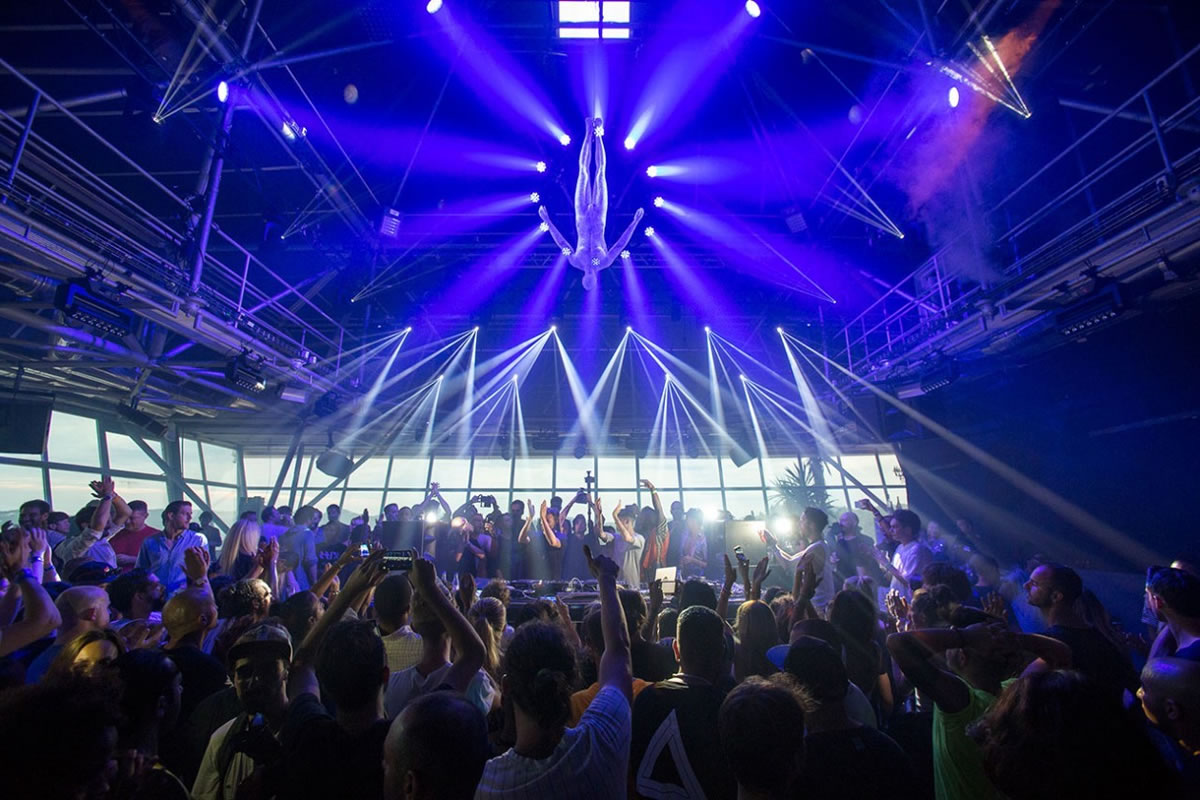 What is today one of the most modern clubs in Ibiza is located in the same place where, in Playa d'en Bossa, one of the most famous clubs in Ibiza and in the world was located. We are talking about Space. Space, for 27 years, was a place of inescapable visit for all those who like to enjoy nightlife in Ibiza. Not in vain, on four occasions, throughout its history, it won the award for best disco on the planet.

After closing, Ushuaïa Entertainment, the same company that is in charge of managing the Ushuaia Beach Hotel, carried out a complete renovation of the space that had belonged to Space and created Hï Ibiza, a disco with two rooms (Theater and Club) and three outdoor areas free and it is currently a temple of electronic music. Its avant-garde design and good atmosphere, as well as the prestige of the DJs who click on it (Back Coffee, Armin van Buuren, Eric Prydz, Martin Garrix and Glitterbox are some of them), make Hï Ibiza a place of reference for nightlife in Ibiza.

The capacity of this modern and impressive club in Ibiza is 5,000 people.

And up to here the articles dedicated to the nightlife of Ibiza. Don't forget that not only do you have to dance and meet people in friendly venues, you also have to fuck and for that you have our website.